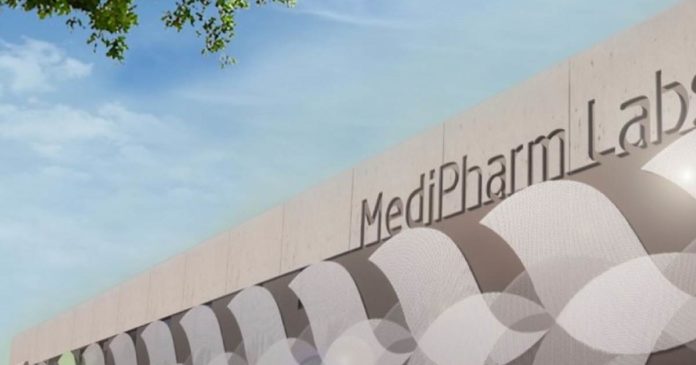 MediPharm Labs has announced the export of its first shipment of cannabis oil products manufactured in Australia to Germany.

The products – capsules containing cannabis oil – were produced at its facility in Wonthaggi, Victoria. Cannabis flower from cultivators across Australia are brought into the facility, where they are processed using CO2 extraction. After further purification, the resulting resin can then be used in various medicinal products. However, the provenance of the cannabis used in the products destined for Germany wasn’t clear in the announcement.

“As this first shipment and first sales to Germany mark MediPharm Labs’ entry into the international pharmaceutical industry within a major European market, we are excited by the opportunities that lie ahead as we employ all of our value-added capabilities,” said Warren Everitt, CEO, MediPharm Labs Australia.

Germany is a lucrative prospect, currently representing an estimated 75% of the current EU medical cannabis market. It’s particularly attractive to overseas companies as the country has experienced problems with ramping up local production of medicines; although it’s expected those challenges will begin to ease this year.

Regardless, the potential in Germany is huge. Since 2017, any doctor in Germany has been able to prescribe medical cannabis and in certain scenarios, health insurance companies cover the cost.

At the beginning of this month, MediPharm Labs announced it had kicked off sales in Germany under an agreement with leading European consumer health and generics company STADA Arzneimittel AG. MediPharm Labs will provide STADA with eight different products; among them three cannabis extract formulations with different THC and CBD concentrations.

But MediPharm’s sights aren’t just set on Germany – it intends expanding into other European markets.

Closer to home, last month MediPharm Labs Australia inked a GMP white-label supply and contract manufacturing agreement with Cannim Australia Pty Ltd. and started registrations for the launch of over-the-counter CBD products in Australia. MediPharm is one of a number of companies racing to be the first, or among the first, to make low-dose CBD medicines available here.

Founded in 2015, MediPharm Labs is headquartered in Canada and established operations in Australia in 2017. In October last year the parent company entered into a buyout agreement to acquire 100% of MediPharm Labs Australia – at that point it owned 80%.

Previous articleColorado A Hemp Champ
Next articleHarvest Of NZ’s Largest Medical Cannabis Crop Commences
Terry Lassitenaz
Terry Lassitenaz writes exclusively for Hemp Gazette and has done so since the site launched in 2015. He has a special interest in the political arena relating to medical cannabis, particularly in Australia, and addressing the many myths surrounding this incredibly useful plant. You can contact Terry here.
RELATED ARTICLES
News