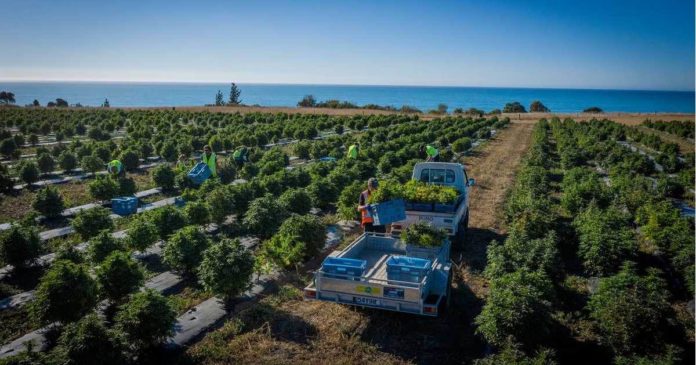 New Zealand medical cannabis company Puro has kicked off the harvest of its crop, which it claims to be the largest in the country to date.

Planted in December last year, tens of thousands of plants have been grown on the 10-hectare site in Kēkerengū, on the Kaikōura coast of NZ’s South Island (Te Waipounamu). Cultivated under organic protocols, harvesting is being carried out entirely by hand by more than 40 workers over a period of around 5 weeks.

“This large-scale commercial harvest is a moment to celebrate,” said Puro Managing Director Tim Aldridge. “It has been a huge 12 months for Puro, from getting the licences, importing seed, completing facilities and building our team.”

The top flowers of the plants will be hang-dried, which is a traditional method Puro says is important to create full-spectrum products preserving terpenes and flavonoids.  Conveyor belt dryers will be used for the biomass product and stalk and leaf will ultimately be ploughed into to the soil to help return nutrients ready for next year’s crop.

The company shouldn’t have any problems offloading the harvest. Just prior to planting last year, Puro stated it had nine letters of intent or heads of agreement with potential buyers, and was working to secure others in Europe. The company says it has small volume local orders and once the cannabis been dried and tested, Puro will also start the compliance processes required for export.

In addition to the Kēkerengū site, Puro is growing high THC cultivars indoors at its research facility in the Waihopai Valley, Blenheim. Both sites have high sunshine hours and intense UV ratings that Puro says enables it to grow high potency cannabis sought by global manufacturers.  The Kēkerengū site has an added advantage of being pretty much on the coast, meaning frost isn’t an issue and the light salt spray helps keep down cannabis pests.

The company says it has room for expansion at both its growing sites.

Once fully certified organic, the company expects to be one of very few organic growers in the world and says organic certified cannabis products are selling at a premium of 50 to 200% more than non-organic products.

Puro has enjoyed significant support in New Zealand and carried out a successful crowdfunding campaign back in 2019.

Previous articleMediPharm Labs Exports First Australian Medical Cannabis To Germany
Next articleFinally, Hemp For Idaho?
Terry Lassitenaz
Terry Lassitenaz writes exclusively for Hemp Gazette and has done so since the site launched in 2015. He has a special interest in the political arena relating to medical cannabis, particularly in Australia, and addressing the many myths surrounding this incredibly useful plant. You can contact Terry here.
RELATED ARTICLES
News