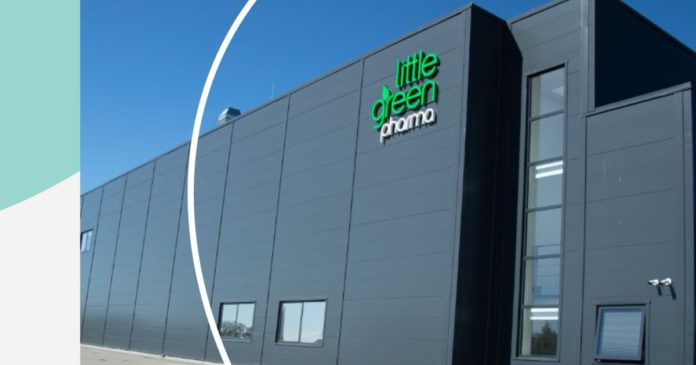 An agreement representing Little Green Pharma’s fourth contract for the supply of medicinal cannabis into Germany has been announced.

The other is a huge 21,500m2 cultivation and 4,000m2 GMP manufacturing facility capable of producing more than 30 tonnes of medicinal cannabis biomass annually located in Denmark (EU).

“The Agreement is subject to a number of conditions precedent, including entry into a QA Agreement, inclusion of LGP on Cannamedical narcotics licence, irradiation licences in Germany, and a successful audit of LGP Denmark’s facilities; with the QA Agreement and Facility audit both well advanced and expected to be completed in the coming weeks,” states the company.

The first shipment of cannabis is expected sometime between January and June 2023 depending on final product licensing requirements. The company says this latest deal extends its lead as the “pre-eminent” non-Canadian global medicinal cannabis group supplying products into Germany and the EU.

Little Green Pharma was among the pioneering medical cannabis companies in Australia. It was awarded licenses to cultivate and produce cannabis by Australia’s Office of Drug Control  back in April 2017, and harvested what was claimed to be Australia’s first crop of commercial-use medical cannabis in May 2018.

LGP closed an oversubscribed initial public offering in late January 2020, and commenced trading on the ASX the following month. The company’s revenue increased 50% from FY21 (12-month period) to FY22 (9-month period) to $10.52m.

Previous articleCannabis Plastics In Medicine?
Next articleDriving And Medical Cannabis In NSW: A Push For Reform
Terry Lassitenaz
Terry Lassitenaz writes exclusively for Hemp Gazette and has done so since the site launched in 2015. He has a special interest in the political arena relating to medical cannabis, particularly in Australia, and addressing the many myths surrounding this incredibly useful plant. You can contact Terry here.
RELATED ARTICLES
News