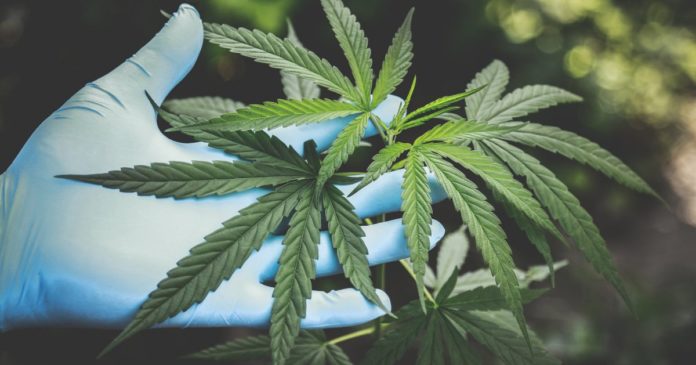 Cannabidiol (CBD) has been used in various pills and potions to treat or manage a variety of conditions. But it may have another medical use – as a bioplastic.

Using cannabis to create eco-friendly plastics isn’t new. Hemp bioplastics have been around for a very long time and while development pretty much halted for decades due to prohibition, more research has been happening in recent years.

Cannabidiol used to be a very expensive cannabinoid, but legalization of hemp cultivation in the United States has seen the price of hemp-derived cannabinoids plummet – and these days it can be extracted at a comparatively low cost.

This, says University of Connecticut researchers, makes it an interesting candidate for polymer feedstock.

In their study, two polyesters were synthesized from the condensation of either CBD or cannabigerol (CBG) with adipoyl chloride. The researchers found the Polymeric CBD was able to be melt-processed into a plastic hemp leaf using a silicone baking mold. But beyond that:

“Poly(CBD-Adipate) films exhibited a lack of cytotoxicity toward adipose-derived stem cells while displaying an inherent antioxidant activity compared to poly(lactide) films,” state the study’s authors. These attributes could see Polymeric CBD able to be used in applications including medical implants.

The research has been published in the journal ACS Applied Materials & Interfaces under the very user-friendly title of: Poly (Cannabinoid)s: Hemp-derived Biocompatible Thermoplastic Polyesters with Inherent Antioxidant Properties.

This is another example of just how little we know about the myriad potential applications for cannabis. While many won’t make it over the line, other will become commercially viable given the right policy settings and support. It’s often been said that there are tens of thousands of uses for hemp. While a definitive list is yet to materialise, it’s research like this that indicates the claim may turn out to be very true.

Learn more about some of the many uses for hemp.

Previous articleKentucky Medical Cannabis Committee Releases Activity Summary
Next articleLittle Green Pharma Inks Another German Medical Cannabis Deal
Terry Lassitenaz
Terry Lassitenaz writes exclusively for Hemp Gazette and has done so since the site launched in 2015. He has a special interest in the political arena relating to medical cannabis, particularly in Australia, and addressing the many myths surrounding this incredibly useful plant. You can contact Terry here.
RELATED ARTICLES
News