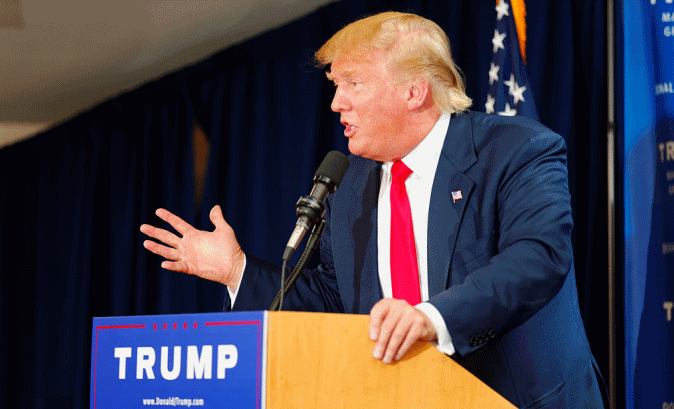 The dust may have settled somewhat after the U.S. elections, but anxiety over the future in the USA’s cannabis industry continues.

As we mentioned earlier, President-elect Donald Trump appears to support medical cannabis and says he is happy for the states to self-determine on the issue. Unfortunately, he has nominated Senator Jeff Sessions as the nation’s next Attorney General; a man who isn’t a fan of the plant’s use in medicinal applications or otherwise.

The fear is Senator Sessions may hold a very different view to Mr. Trump and take on the states where retail/medical cannabis is legal.

A recent poll by Marijuana Business Daily, indicates more than 50% of 223 executives in the industry are concerned about their business future under a Trump administration. 30% stated they are “very concerned”. 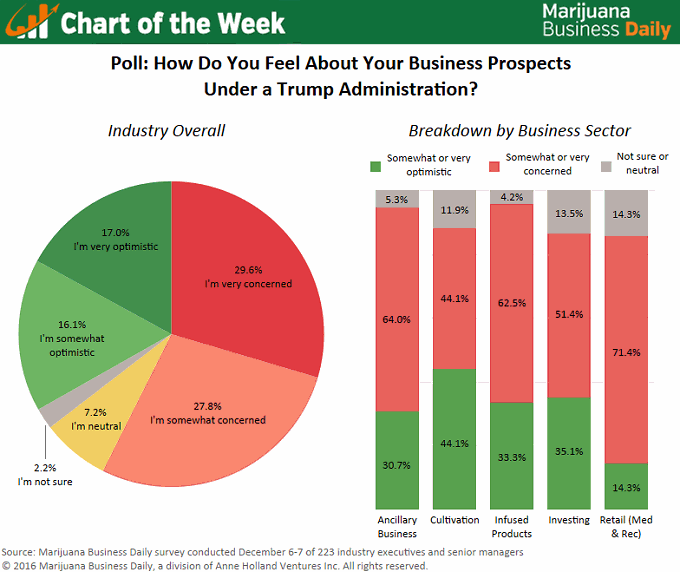 Just 17% said they were very optimistic; a worrying sign given we’re meant to be in the midst of the great green rush.

Not a great deal has changed in views since a previous poll in July that echoed the same sorts of sentiments concerning what was then a potential Trump win.

Confidence is lowest in the retail sector, with 71% being somewhat or very concerned.

Any attempt to turn back the clock could have a massive impact on the coffers of some states. As we mentioned yesterday, just in Colorado alone and just for the month of October, the state raked in more than (USD) eighteen million dollars and the sector looks set to have generated $1.3 billion for the year. It’s a level of revenue worth fighting for – and very, very hard.

Also strongly opposed will be the many millions of Americans who back medical cannabis and perhaps voted based on Mr. Trump’s indication of support.

However, medical marijuana appears to be safe for now. The U.S. Senate recently re-approved a measure that prohibits the federal government from spending any money to interfere with state medical marijuana programs – but the measure will only be in force until April 28

More from the Marijuana Business Daily poll can be viewed here.