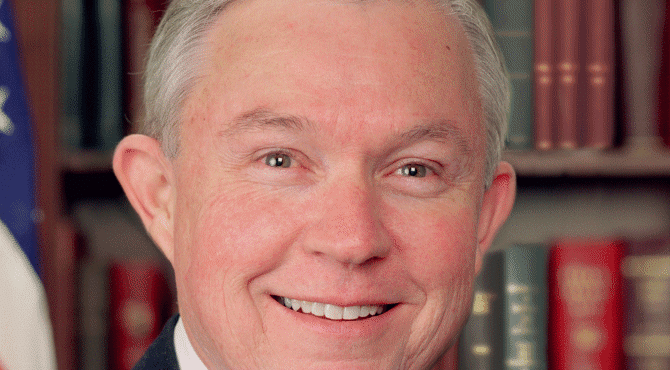 U.S President-elect Donald Trump has picked Senator Jeff Sessions as the nation’s next Attorney General – and it has put some in the nation’s medical cannabis sector on edge.

If the selection is approved by the Senate, Mr. Sessions would oversee, among other departments, the Drug Enforcement Administration. The problem is Senator Sessions doesn’t appear to be a fan of cannabis.

Mr. Sessions is on the record as saying “good people don’t smoke marijuana” and he also criticised Barack Obama for “talking about marijuana”.

“This could foreshadow some very bad things for the eight states that have legalized marijuana for adult use and in the 29 states with medical marijuana programs,” says Mr Altieri.

But will it? Sure, the adult use industry may have cause for alarm given his comments – but for medical cannabis, would it be a different story?

Perhaps not. It seems in 2010, Senator Sessions was also against medicinal marijuana.

One day is a long time in politics and 6 years an eternity – and there’s been a lot more research on the benefits of this amazing plant since then.

Perhaps the Senator will just need a little education (he certainly seems to need it) – so an all-out attack on him at this early stage before he has been brought up to speed on the latest science may be extremely counterproductive.

It also needs to be kept in mind that medical cannabis comes in many different forms other than the smokeable variety that Senator Sessions appears to be so against – there’s pills, tinctures, vaping and other variations. With the evolution of vaping, burning plant material is really becoming passé.

It’s entirely understandable medical cannabis supporters in the USA are edgy as they’ve fought hard for the progress made to date; but shooting first and asking questions later may not be the wisest route.

This isn’t to say the would-be new Attorney General wouldn’t try anything, but “be alert, not alarmed” as the old saying goes.

President-elect Trump has also signaled his “100%” support for medical marijuana and of states making their own determination on the issue; something that he should be reminded of that at every opportunity.

After all, turning back the tide now through the actions of his choice of AG isn’t going to do him any favours among the many American voters who support medicinal marijuana – and Mr. Trump will need to score points early on in his presidency to prove the (many) naysayers wrong concerning his leadership, political and business prowess.