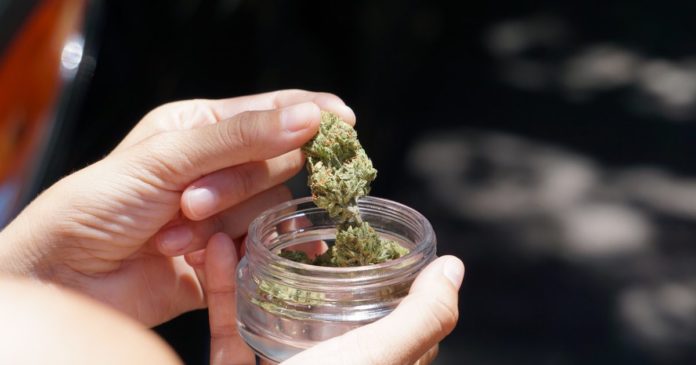 It was in October 2020 when the first (legal) medical marijuana sale occurred in Missouri – and the scene has gone gangbusters since.

The first medical marijuana purchase from a dispensary occurred in St. Louis, which was the only dispensary open at the time. But it wasn’t long before others opened, Missourians piled into the state’s program and the state government’s coffers began to fill.

As at the end of September this year, there were close to 203,000 patients registered for the state’s medical marijuana program. That works out to be around 3 per cent of the entire state population. As at the middle of October, 195 dispensaries have been approved to operate; so just under one dispensary per thousand registered patients.

The program has proved to be a cash cow for the Missouri state government – and the state’s military veterans. A 4% tax is applied on the retail sale of marijuana for medical use sold at dispensary facilities within the state. With cumulative sales of $419.4 million to the end of September this year, that would translate to $16.13 million in tax collected; which goes to the Missouri Veterans Commission.

The Missouri medical marijuana program is easy to access, with any other chronic, debilitating or other medical condition eligible assuming cannabis would be of benefit in the professional judgement of a physician. In addition to a wide range of products available from dispensaries, patients can also apply to cultivate medical marijuana at home.

With Missouri’s program now settled in – although not without its issues – another potential major change to the state’s cannabis scene is on the cards that could really shake things up. Voters will have the opportunity in next month’s election to legalize recreational marijuana state-wide for adults over the age of 21.

If voters pass Amendment 3, it will require the Missouri Department of Health and Senior Services to quickly make adjustments to the state’s existing medical marijuana program and implement a new adult consumer program.

Previous articleSpectre Of Halloween Cannabis Candies Rises Again
Next articleMore Cash For Spruiking Pennsylvania Hemp
Terry Lassitenaz
Terry Lassitenaz writes exclusively for Hemp Gazette and has done so since the site launched in 2015. He has a special interest in the political arena relating to medical cannabis, particularly in Australia, and addressing the many myths surrounding this incredibly useful plant. You can contact Terry here.
RELATED ARTICLES
News