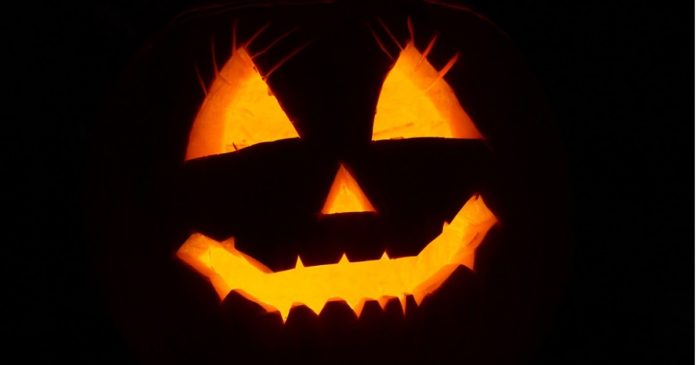 It’s that time of the year again in the USA when warnings about cannabis edibles potentially winding up in the bags of kids trick or treating start to appear.

“Officers throughly (sic) checked the area and found no one handing out this item,” states the Department. “We are investigating to determine how this occurred.”

Some of the comments on the Facebook thread indicated suspicion as to whether this actually happened.

Based on the photo of the item allegedly handed out, it was a pretty expensive giveaway. The two-pack of 100mg delta-8 gummy worms retail for USD $7.50 – a great deal pricier than conventional gummy worms.

There are all sorts of circumstances that could have led to happening – or not happening. Some have raised suspicions it was in connection to opposition to recreational marijuana use, or it could have simply been an accident.

It isn’t uncommon for fears to be raised regarding marijuana edibles winding up in kids’ trick or treat bags. Last year, Ohio’s Attorney General Dave Yost warned of the potential threat; but he appeared to be simply applying the precautionary principle – better safe than sorry.

How often incidents such as the St. Charles’ Police Department alert have been confirmed to happen isn’t clear. But regardless, parents should of course be checking what strangers are dumping into their kids’ trick or treat bags as there are some twisted individuals out there.

The situation also again raises the thorny issue of how medicinal and non-medicinal edible cannabis products are presented and packaged. Creating products designed for adults that look attractive to children isn’t a great move. And combined with parents’ sometimes negligent approach to keeping them out of reach of children certainly doesn’t help.

In his comments on the issue last year, AG Yost mentioned he American Association of Poison Control Centers reported hotlines received 2,622 calls for services related to young children ingesting cannabis products just in the first half of 2021.

So, regardless of the Halloween factor, it is a problem and one that will only be better addressed with more responsible manufacturing – and parenting.

Previous article
Fair Driving Laws for NSW Medicinal Cannabis Patients Fail
Next article
Missouri Medical Marijuana – 2 Years On
Terry Lassitenaz
Terry Lassitenaz writes exclusively for Hemp Gazette and has done so since the site launched in 2015. He has a special interest in the political arena relating to medical cannabis, particularly in Australia, and addressing the many myths surrounding this incredibly useful plant. You can contact Terry here.
RELATED ARTICLES
News