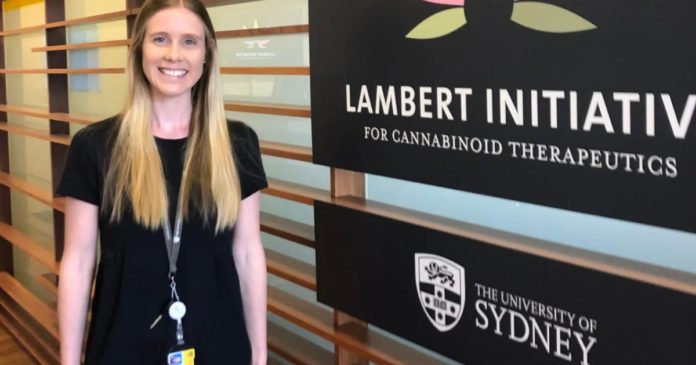 A study out of Australia has found extremely high doses of cannabidiol (CBD) have no negative impact on driving or cognitive abilities.

CBD’s reputation as a non-intoxicating cannabinoid will get an added boost of credibility from the study, which was carried out by researchers at the University of Sydney.

“Our study is the first to confirm that, when consumed on its own, CBD is driver-safe,” said lead author of the study Dr Danielle McCartney (pictured above), who is from the University’s Lambert Initiative for Cannabinoid Therapeutics.

The team’s study involved 17 participants who undertook simulated driving tasks after consuming either a placebo or 15 mg, 300 mg or 1500 mg of CBD in oil, the latter being an extremely high daily dose. Dosages at the highest level are usually prescribed for conditions including epilepsy, pain, sleep disorders and anxiety.

Participants’ control of the simulated car was tested by how much it weaved or drifted, along with cognitive function, subjective experiences, and the CBD concentrations in their plasma. Peak concentrations in blood plasma are usually reached within three to four hours after consuming CBD orally, but the timeframe varies depending on the individual.

The findings are particularly important in Australia, where cannabidiol is being increasingly prescribed and low-dose CBD without a prescription will be available from chemists as products pass muster with the Therapeutics Goods Administration. These OTC preparations will have far lower recommended daily dosages than some of those used in the study – just up to 150mg/day maximum.

It’s important to note that this study involved CBD only and Dr. McCartney cautioned drivers taking CBD with other medications should do so with care. It’s also important to understand that some CBD medications may also contain THC, and at even very low levels that have no noticeable impact on driving ability, a drug test could prove positive and result in prosecution.

The Lambert Initiative for Cannabinoid Therapeutics’ study results have been published in the Journal of Psychopharmacology. This latest study follows an earlier one from the team that found consumption of cannabidiol via vaping doesn’t impair driving ability.

Previous article
FDA Issues Warnings On CBD Use In Livestock
Next article
Hemp “Mass Grow” UK Civil Disobedience Action
Terry Lassitenaz
Terry Lassitenaz writes exclusively for Hemp Gazette and has done so since the site launched in 2015. He has a special interest in the political arena relating to medical cannabis, particularly in Australia, and addressing the many myths surrounding this incredibly useful plant. You can contact Terry here.
RELATED ARTICLES
News