HomeNewsFDA Issues Warnings On CBD Use In Livestock

FDA Issues Warnings On CBD Use In Livestock 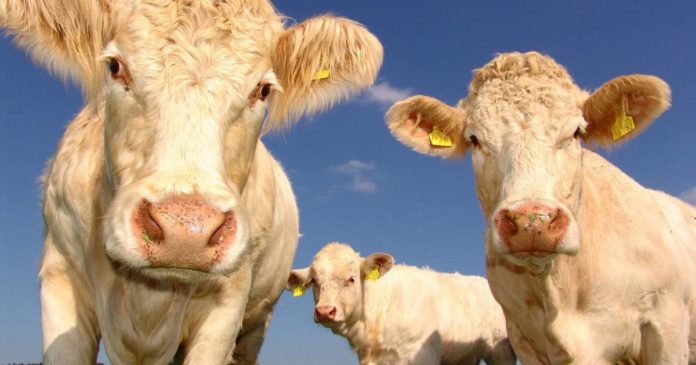 The U.S. Food and Drug Administration (FDA) has sent out warning letters to several companies it says are illegally selling products containing cannabidiol (CBD) intended for use in livestock – specifically, food-producing animals.

Cannabidiol products used medicinally/therapeutically in animals or humans are considered drugs under the Federal Food, Drug, and Cosmetic (FD&C) Act, and therefore need to have appropriate approvals. The FDA has only approved one product containing CBD as a drug – and that’s for treating rare, severe forms of epilepsy in children.

Four companies have been sent warning letters so far, based on therapeutic claims allegedly made by the firms involved in connection with their products.

The FDA says there is a lack of data on the residues that may exist in food-producing animals consuming CBD products. The “lack of data” cry has often been used by the FDA, but there are studies under way that will help address the agency’s gap in knowledge in this regard.

Furthermore, it is concerned about manufacturing processes associated with these products that may allow contamination by heavy metals and pesticides, and people postponing seeking professional medical care for their animals.

In other cannabis related news from the agency,  early last month we reported the FDA had started sending warning letters to companies selling products labelled as containing delta-8 THC.

Whether it’s for use in humans or animals, the FDA’s relationship with CBD is a complicated one. It has continually delayed setting regulations for the hemp industry based on what it says is a lack of data. But as some of that data has been coming in, it is now under pressure to get moving and get things done on the CBD front – and there is plenty for it to do.

Previous articleNZ’s GFI Making Its Medical Cannabis Mark In Australia
Next articleStudy: High Dose Cannabidiol And Driving No Problem
Terry Lassitenaz
Terry Lassitenaz writes exclusively for Hemp Gazette and has done so since the site launched in 2015. He has a special interest in the political arena relating to medical cannabis, particularly in Australia, and addressing the many myths surrounding this incredibly useful plant. You can contact Terry here.
RELATED ARTICLES
News