Another Helping Hand For Hemp In New York State 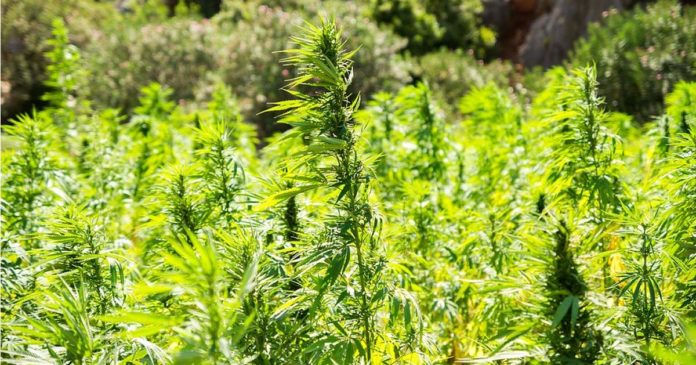 A bill aiming to see an increase in New York-grown industrial hemp being used in manufacturing and construction materials was recently signed into law.

Senator Michelle Hinchey announced last week the signing of her bill (S8496) by Governor Kathy Hochul, which occurred with little fanfare a few weeks prior.

The legislation directs the Commissioner of Agriculture & Markets to develop a plan for expanding hemp market opportunities in manufacturing and construction material sectors; including packaging, textiles, and hempcrete. The Commissioner is to work in collaboration with the Urban Development Corporation, the NYS Hemp Workgroup and industry representatives on development of the plan.

“Hemp is the material of the future, and positioning New York as a leading producer of the world’s industrial hemp supply is a winning strategy for fighting the Climate Crisis, bringing large-scale economic development to New York’s rural communities, and unlocking new revenue sources to put our farmers in a better financial position,” Senator Hinchey said last week.

Industrial hemp has a multitude of uses in the construction sector, including particle/chipboard, hempcrete, insulation and rendering. As for textiles, hemp fiber can be used in multiple applications and has some advantages over other natural and synthetic fibres depending on the application.

A memo associated with Senator Hinchey’s bill also notes that as the market for sustainable, biodegradable, non-petroleum-based packaging grows, so do the opportunities for industrial hemp grown and processed in New York as an ingredient in such products.

“I’m proud that my hemp bill has been signed into law, directing our state to seek strategic collaborations to help us usher in a new era of manufacturing power, product creation, and rural economic development around an industry that is nearly untapped around the world, said Senator Hinchey.

According to the USDA’s National Hemp report released in February this year, the total planted area for New York for industrial hemp grown in the open for all utilizations (e.g. fibre, food and medicine) totalled 900 acres in 2021. The area harvested for all purposes in the open totalled 310 acres last year. The reason behind the major discrepancy between planted and harvested are isn’t clear.

Previous article
Big Boost For US Hemp Fiber Research
Next article
Australian Medical Cannabis Survey: Call For Participants
Terry Lassitenaz
Terry Lassitenaz writes exclusively for Hemp Gazette and has done so since the site launched in 2015. He has a special interest in the political arena relating to medical cannabis, particularly in Australia, and addressing the many myths surrounding this incredibly useful plant. You can contact Terry here.
RELATED ARTICLES
News