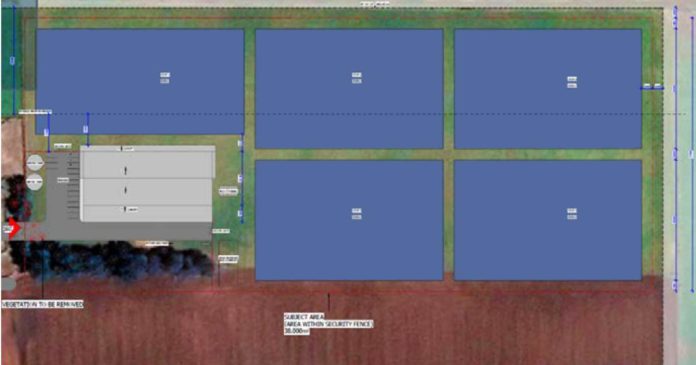 The company says subject to a licence variation being granted by the Office of Drug control and a permit being issued, the company will grow medicinal CBD plants at the facility.

Early stage site works have already commenced and the company is hoping to having the facility built and permitted in time for a December planting. While the exact location isn’t mentioned in the release, an article in The Mercury (paywall) indicates planning approval was granted by Midlands Council, whose area extends south of Launceston into the northern region of the central midlands.

As for its decision to grow outdoors, ECS Managing Direct Alex Keach stated:

“We believe the power prices and cost of labour in Australia are in many cases restrictive to the business case of growing indoor long term, so we are adopting a practical approach whereby we are applying our skills in growing cannabis with a vision of where the industry is headed and how the industry is already evolving overseas.”

The facility will only be producing dry flower for starters, but ECS notes it aims to extend the facility’s capabilities to include extraction and tolling, subject to future regulatory change and expenditure.

Early this year, ECS Botanics was granted a special industrial hemp licence by the Tasmanian Government, allowing it to work with hemp up to 2% w/w dry weight of THC, instead of 1%. However, that licence is only for scientific research, analysis, instruction or study.

In other recent news from the company, ECS announced on Tuesday its Share Purchase Plan was significantly oversubscribed, with demand more than 4 times the original SPP offering of $250,000. The ECS Board decided to accept oversubscriptions and raise a total of $750,000.

In other cannabis news out of Tasmania, we reported earlier this week Tasmanian Alkaloids’ new medical cannabis facility at Westbury in Tasmania’s central north region has been officially opened.

Previous articleAnother Kiwi Medical Cannabis Company Turns To Crowdfunding
Next articleQuick Cannabis THC Field Test Kit Unveiled
Gillian Jalimnson
Gillian Jalimnson is one of Hemp Gazette's staff writers and has been with us since we kicked off in 2015. Gillian sees massive potential for cannabis in areas of health, energy, building and personal care products and is intrigued by the potential for cannabidiol (CBD) as an alternative to conventional treatments. You can contact Gillian here.
RELATED ARTICLES
News