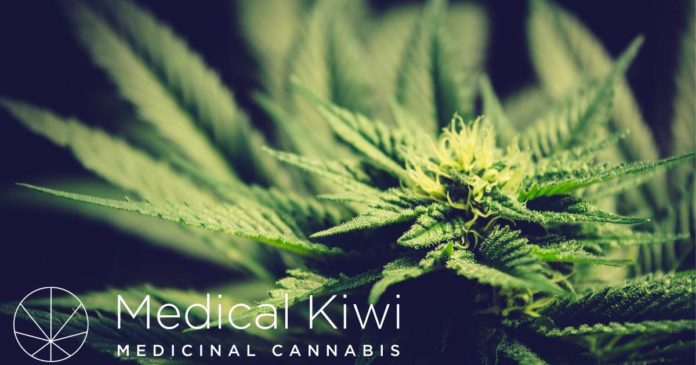 —
UPDATE: December 24, 2021 – Medical Kiwi was found to be in breach of New Zealand’s Financial Markets Conduct Act (FMCA) in relation to this crowdfunder. Find out more here.
—

Medical Kiwi’s operations plans cover the full process from medical cannabis cultivation to the production of consumer goods. The company says it has already sold its first two years of production to Hektares, worth NZD $30 million for 2021 and $60 million in 2022 – but first it needs the product to sell.

The Nelson-based firm is seeking to raise between $500,000 and $3,000,000 to help complete its Christchurch-based growing facility, acquire extraction equipment and deliver production already committed. The company says its Christchurch facility will be equipped to produce 6,000 – 10,000 kg of dried product annually. A retrofit of the building is under way, with 20-year lease in place.

There’s also a facility in the works for Nelson, designed to produce 30,000 – 35,000 kg of dried product per annum. It’s envisioned the Nelson facility will be up and running in early 2024.

The company was granted a licence to cultivate a prohibited plant by New Zealand’s Ministry of Health just eight months after it was founded. Other licences Medical Kiwi has applied for are a general medical cannabis licence, one for sales and one for manufacturing. Medical Kiwi expects those to be granted next month.

Shares are $1 each, with a minimum investment of $500. Most investors will receive non-voting shares, but those who pledge over $40,000 will receive voting shares. There are 3,000,000 shares on offer through the company’s crowdfunding and wholesale investor raise, and the crowdfunder maximum raise is $2 million.

Just over NZD $384,000 was pledged through the PledgeMe platform by 166 investors before the first day ended. At the time of publishing $473,326 had been pledged by 226 people – so the firm was rapidly approaching its minimum target in a very short space of time.

“Medical cannabis is the next big wave in the medical world. In New Zealand alone, over the next ten years, it could be a $1 billion market opportunity,” said Co-founder and Chairman Aldo Miccio.

Other Kiwi companies to leverage the power of crowdfunding in the past are Puro and Hikurangi Cannabis.

As with any potential investment, be sure to do your due diligence.

Previous articleCannatrek Receives Medical Cannabis Shipment From Clever Leaves
Next articleECS Botanics Proceeding With Tasmanian Outdoor Cannabis Facility
Terry Lassitenaz
Terry Lassitenaz writes exclusively for Hemp Gazette and has done so since the site launched in 2015. He has a special interest in the political arena relating to medical cannabis, particularly in Australia, and addressing the many myths surrounding this incredibly useful plant. You can contact Terry here.
RELATED ARTICLES
News