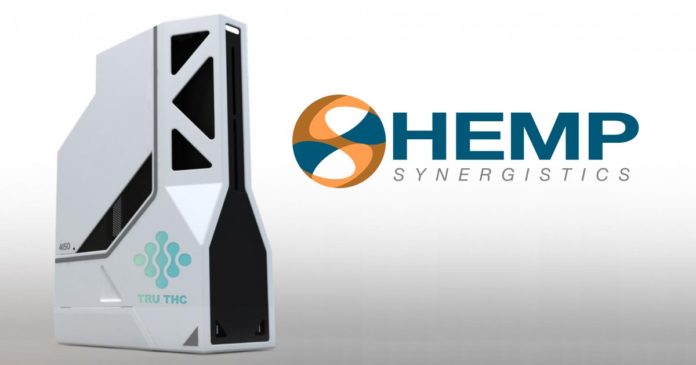 A field testing kit that will enable law enforcement officers to quickly and cheaply determine if cannabis or a cannabis product is hemp or marijuana is ready for prime time.

To this point it has been impossible for law enforcement officers in the USA to distinguish between hemp and marijuana without sending samples to a laboratory for testing. Hemp and marijuana are basically the same plant – it’s the THC level that distinguishes between the two. At a federal level in the USA, hemp is legal while marijuana isn’t and while field testing can determine if a cannabis sample has THC, hemp is permitted to have very low levels.

Hemp Synergistics LLC, through a partnership with forensic scientists at Purdue University Northwest, says a THC Rapid Field Test Kit it has developed provides law enforcement an easy-to-use tool to distinguish hemp from marijuana in less than five minutes. Each test costs USD $14; far cheaper than laboratory testing that costs thousands and similar in pricing to non-discriminatory field test kits used regularly by law enforcement. What isn’t mentioned is the cost of the testing unit.

Aside from the expense of laboratory testing, crops and products suspected of being marijuana are seized; depriving owners of legal hemp and associated products of their use or sale. There have been a number of high-profile cases where large quantities of cannabis have been seized and then subsequently proven to be hemp. By the time that happens, the material may have degraded and unable to be sold for its original purpose.

“The goal was to develop a test that was easily deployed in the field and was reliable and scientifically defensible – as opposed to sending a sample back to a lab with expensive high-powered instrumentation,” said Ron Fazio, COO at Hemp Synergistics.

The disposable field test kit is based on the mechanism of an existing chemistry test used in the Duquenois-Levine reagent test, with modifications including replacing certain activator chemicals with safe ingredients.

Christian G. Westring, Ph.D. Director and Professor at the Center for Crime, Forensics, and Security Analysis at Purdue, says while the “Tru THC” test isn’t designed to replace full forensic laboratory testing, it can identify what doesn’t need to be sent to a lab. Professor Westring estimates Tru THC can lower suspected marijuana cases submitted for forensic laboratory testing by 50 percent.

Hemp Synergistics says deployment of the product for law enforcement and agriculture industries will begin immediately.