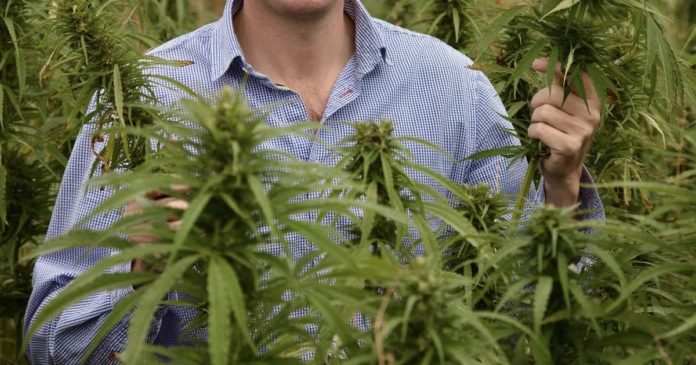 Australia’s ECS Botanics Holdings Ltd (ASX:ECS) has announced it has been granted a special industrial hemp licence by the Tasmanian Government.

In Tasmania, industrial hemp is considered cannabis with leaves and flowering heads containing not more than 1 per cent delta-9-tetrahydrocannabinol (THC). Tasmanian farmers already have a bit of an advantage over most other states where the maximum is 0.3 per cent. However, it appears there are also some exceptions to Tasmania’s rules.

ECS says the new licence for its Tasmanian farm is different to the current research licence held by ECS in that it allows the Company to work with up to 2% w/w dry weight of THC. The Industrial Hemp Special Research Licence enables ECS to cultivate, supply and manufacture hemp up to this concentration for scientific research, analysis, instruction or study. It can grow up to 100 plants at any given time and hold a maximum of one kilogram of hemp seed – which would work out to somewhere in the region of 55,000 seeds.

“The granting of the special research licence affords ECS more flexibility in research programs,” said ECS Managing Director Alex Keach. “Along with our strategy of being the first mover in the evolving hemp industry, this licence will enable us to trial, develop and test genetics with respect to cultivation methods, cannabinoid expression and more.”

In January this year, ECS Botanics’ distribution partner inked a deal with Woolworths involving a couple of ECS soups containing hemp stocked on Woolies’ shelves. The supermarket chain has been increasingly stocking products containing hemp, which will go a long way to raising Australian consumer awareness. It was only in 2017 when hemp foods became legal in Australia, and some time after that before local products were available in supermarkets.

The island state of Tasmania makes a particularly attractive spot for both activities as it is renowned for its clean air and water and fertile soils, plus its heavy use of renewable energy; predominantly hydropower.

Previous articleHemp Bill Hits South Dakota Governor’s Desk
Next articleCoronavirus Crisis: ASA Pleads For Continued Medical Cannabis Access
Terry Lassitenaz
Terry Lassitenaz writes exclusively for Hemp Gazette and has done so since the site launched in 2015. He has a special interest in the political arena relating to medical cannabis, particularly in Australia, and addressing the many myths surrounding this incredibly useful plant. You can contact Terry here.
RELATED ARTICLES
News