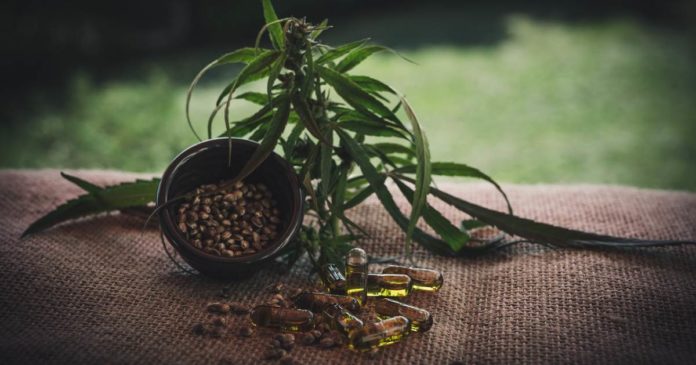 As more businesses pile on to the cannabis wellness bandwagon, consumers will need to become increasingly aware of what’s been called “weed-washing”.

In November 2017, a ban on the sale hemp seed foods was officially lifted in Australia – and these foods have been widely available elsewhere for many years. Hemp seed (actually a nut) is very nutritious, as is hemp seed oil; which is also being used in cosmetics.

The problem is some hemp nutraceutical and cosmetic marketing can lead consumers to believe that hemp seed oil can provide some of the same potential benefits as full spectrum hemp oil – and they are completely different products.

Full spectrum hemp oil contains significant levels of cannabinoids such as cannabidiol (CBD), which has shown a lot of promise in treating or managing a wide range of conditions. CBD oil is extracted from the flower of the hemp plant using either laborious or complex processes that make cannabidiol quite expensive.

Hemp seed on the other hand contains next to no CBD and the oil from the seed is comparatively easy to produce.

This doesn’t mean to say cosmetics or nutraceuticals that only use hemp seed oil are of no use – but when claims are made (or hinted to) that are associated with CBD – that’s called weed-washing.

Also bear in mind while hemp seed oil is completely legal in Australia, products containing anything above a trace of CBD require a prescription. But as we mentioned last week, there is the potential for over-the-counter cannabidiol in Australia soonish. If that should occur, we could start seeing CBD based cosmetics and nutraceuticals more widely available here. However, it remains to be seen that if/when this does happen if the levels allowed will have any real value in terms of skin care or general wellness applications.

Hemp-based nutraceuticals and cosmetics are usually quite expensive products – so before spending your hard-earned cash on them, make sure you’re getting what you think you are.

As Green Market Report points out, companies engaged in weed-washing are not only misleading their customers, they are also putting the CBD and wider hemp industry at risk. Disillusioned consumers don’t make for good repeat customers – and they tend to tell others of their disappointment.

Previous articleNew Zealand Cannabidiol Use Audit Results
Next articleUSDA Digs In On Hemp THC Limits
Terry Lassitenaz
Terry Lassitenaz writes exclusively for Hemp Gazette and has done so since the site launched in 2015. He has a special interest in the political arena relating to medical cannabis, particularly in Australia, and addressing the many myths surrounding this incredibly useful plant. You can contact Terry here.
RELATED ARTICLES
News