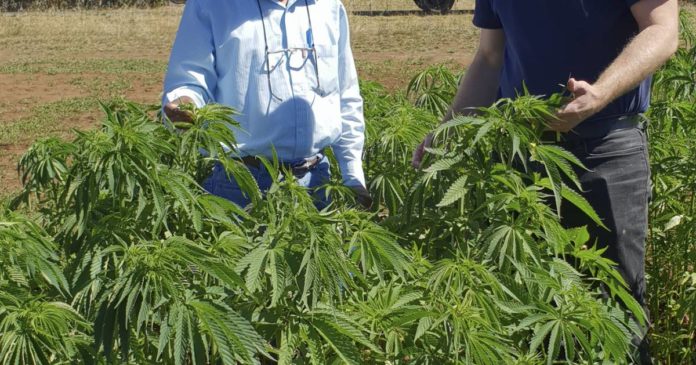 Western Australia’s Department of Primary Industries and Regional Development says crops associated with its latest round of industrial hemp trials are in the ground.

The trials, now in their second year, will examine the potential for growing hemp in the state for grain production. This year, the research has been expanded beyond the Manjimup Research Facility to include a site at Busselton in the southwest of the state and another site much further north at the department’s Kununurra Research Facility.

The trial is comparing sowing on the first day of the months of October, December, January and March at the first two sites to ascertain the best time and environments for planting. Planting won’t occur at Kununurra until next month – that trial will delve into time of sowing and crop performance in a tropical environment.

Various varieties from Australia, France and Canada are being tested. Sown into clay loam soil, all the plots are irrigated and planting has occurred at a density of 100 plants per square metre. However, the Department states the site at Manjimup has additional plantings of 200 and 300 plants/m2 as part of a continuation of a 2019 sowing rate trial.

After maturity, which will occur in 100 – 160 days, the seed will be harvested and measured for grain, protein and oil content.

The department is also leading a livestock feed hemp study in partnership with Charles Sturt University and the ChemCentre under a project sponsored by AgriFutures Australia.

While no there are no large scale seed crops grown commercially in Western Australia as yet, back in early 2019 the WA Government provided grants to support research of strains compatible with the state’s conditions.

Also in 2019, Wide Open Agriculture Ltd was granted an industrial hemp licence. The company was to focus on producing hemp seed for food production and planted its first crop the following month – but there hasn’t been much news since.

The Western Australian Government has been quite supportive of the state’s nascent hemp sector. As well as grants, the State Government lifted the maximum THC threshold of hemp  from below 0.35 per cent to up to 1 per cent, giving WA farmers a bit of an edge over others in many jurisdictions across Australia and the world.

Previous articleMichigan Governor Signs Off On Updated Hemp Act
Next articleFrance’s Medical Cannabis Trial Kicks Off
Terry Lassitenaz
Terry Lassitenaz writes exclusively for Hemp Gazette and has done so since the site launched in 2015. He has a special interest in the political arena relating to medical cannabis, particularly in Australia, and addressing the many myths surrounding this incredibly useful plant. You can contact Terry here.
RELATED ARTICLES
News