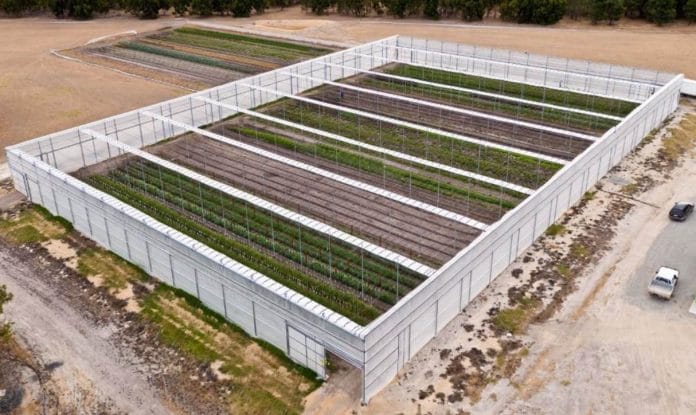 Wide Open Agriculture Ltd (ASX:WOA) has been been granted an industrial hemp licence by the Western Australian Department of Primary Industries and Regional Development.

Wide Open Agriculture is a vertically integrated food and agriculture company. As well as having its own land, it works with farmers on regenerating ecosystems to ensure long-term productivity.

The news of the hemp licence came just a couple of weeks after the company announced it had lodged an application.

Industrial hemp will be cultivated at the company’s pilot shade house site, located near Arthur River, after a research phase identifying the best varieties for both indoor and outdoor conditions.

WOA’s focus will be on producing hemp seed for food production, but fibre may also be extracted. Hemp’s other positive attributes will also be examined as part of WOA’s activities.

“Not only is industrial hemp an exciting crop with great potential for production in the Wheatbelt, it has the capacity to play a role in improving soil health,” said WOA Managing Director, Dr Ben Cole. “The Wheatbelt has some of the world’s most efficient and innovative broadacre farmers, so there is real opportunity to scale-up if open field trials are successful.”

WOA began trading on the ASX in July last year after the company raised $5 million through an initial public offering.

The Western Australian Government has generally been supportive of the state’s nascent hemp industry. In August last year, legislation was passed increasing the permitted tetrahydrocannabinol content in industrial hemp to one per cent. This was an important move, giving WA hemp farmers an edge over those elsewhere where maximum THC levels are generally set around the .30 – .35 per cent mark.

The WA government has also provided some funding. Early last month, five recipients shared in more than $250,000 in grants supporting the growth of the state’s hemp sector.

The industry in Western Australia is regulated under the Industrial Hemp Act 2004. While it permits growing the crop for food and fibre purposes, it does not allow production of industrial hemp for medicinal purposes, such as for the extraction of cannabidiol.

Previous articleTHC Vs. CBD – Therapeutic Values Challenged
Next articleNASDA Adopts New Hemp Policy
Gillian Jalimnson
Gillian Jalimnson is one of Hemp Gazette's staff writers and has been with us since we kicked off in 2015. Gillian sees massive potential for cannabis in areas of health, energy, building and personal care products and is intrigued by the potential for cannabidiol (CBD) as an alternative to conventional treatments. You can contact Gillian here.
RELATED ARTICLES
News