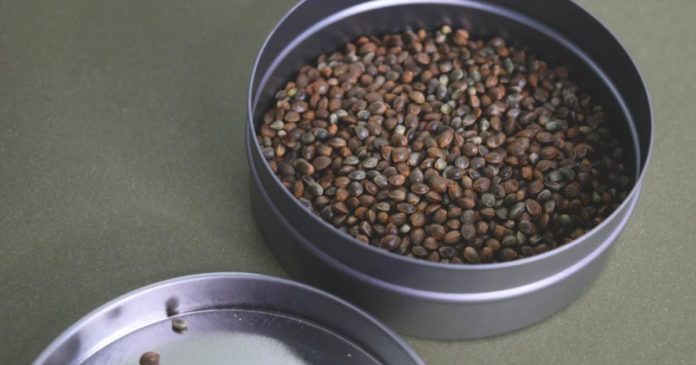 From the beginning of 2021, hemp will no longer be subject to Switzerland’s agricultural seed legislation.

In Switzerland, only quality- and identity-assured seeds from performance-tested plant varieties are made available for agricultural purposes for important crops. Testing required under the legislation includes a check to determine if a variety is homogeneous, stable and distinct from all others. Another test evaluates the cultivation potential and the processing aptitude.

Hemp was made subject to the legislation in 1998 – not because it was considered an important crop at that point, but in order to distinguish it from narcotic forms of cannabis. However, in 2011 a limit was put on hemp THC levels (<1%) – and this was sufficient to distinguish hemp from marijuana – meaning hemp’s inclusion under the seed legislation was really no longer required. But like many things cannabis related, reform tends to occur very slowly – as it did in this case.

“… all provisions concerning hemp contained in the EAER Seed and Seedling Ordinance (SR 916.151.1) were repealed as part of the package of amendments to agricultural ordinances adopted by the Federal Council on 11 November 2020,” states the Swiss Federal Office for Agriculture.

This good news is added to the fact  the 1% THC limit on hemp gives Switzerland farmers an edge over other European countries where the limit is generally set at 0.3 percent.

While Switzerland has strict rules regarding the use of marijuana and medical cannabis,  hemp CBD products containing less than 1% THC can be freely sold in the country. The nation’s residents are also allowed to grow their own cannabis, assuming the THC content is less than one per cent.

Medical cannabis containing THC is tightly controlled in the country and importing such medications isn’t permitted with the exception of Sativex, which is licensed in Switzerland. That may soon change though – Switzerland’s Federal Office of Public Health is developing legal foundations for the wider use of medical cannabis and for pilot studies on the use of cannabis for non-medicinal purposes.

Previous articlePairing Hemp With Australian Superfoods: Kakadu Plum
Next articleSouth Carolina Kicks Off Hemp Cultivation Application Period
Terry Lassitenaz
Terry Lassitenaz writes exclusively for Hemp Gazette and has done so since the site launched in 2015. He has a special interest in the political arena relating to medical cannabis, particularly in Australia, and addressing the many myths surrounding this incredibly useful plant. You can contact Terry here.
RELATED ARTICLES
News