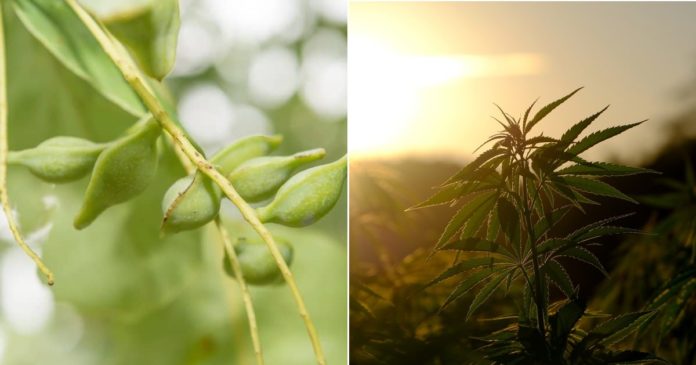 Kakadu Plum, also known as “billygoat plum” and “green plum”, is a “new” super fruit that has been appreciated and used by Australia’s indigenous peoples for thousands of years.

A study in the 1980s looking at the composition of bush foods found that the Kakadu Plum is extraordinarily high in vitamin C. So it’s no wonder that the superfood has become the new darling of cosmetics and health foods.

Cosmetic brands are ditching the usual citrus sources of Vitamin C for Kakadu Plum. In skin care, it promises to brighten, even out skin tone and texture, and help to repair damaged cells. Australian brands such as Biologi are using Kakadu Plum in a number of serums; Raww Cosmetics has cleansers, moisturisers and hand creams with the ingredient; and Ultra Violette uses it in their line of sunscreens.

However, it’s not just good for your skin, it’s good for your insides too! Kakadu Plum has 50-100 times the Vitamin C of any other fruit, including oranges. It has five times the antioxidants of blueberries, is high in Vitamin E and in folate, and is both an antifungal and antiviral due to it containing gallic and ellagic acids. Indigenous people have been using Kakadu Plum not only as an antiseptic, but also for nutrition for thousands of years, and still use it when members of the community get sick.

Australian brands are following suit by offering a range of health food products containing the bushfood. Kakadu Plum Co have the fruit in their chocolate bars and dukkah, Remedy use the ingredient in kombucha and Byron Bay Labs use the bushfood as an immunity boosting ingredient in its Immune Hemp Protein Powder.

The increase in demand for Kakadu Plum has produced a business opportunity for indigenous communities. With the native superfruit growing almost exclusively on Aboriginal land across the top end of Australia, the NMI (National Measurement Institute) has collaborated with NAAKPA (Northern Australia Aboriginal Kakadu Plum Alliance) to ensure the benefit of sales returns to Aboriginal producers, growers and communities. Companies such as Byron Bay Labs source Kakadu Plum from groves harvested and maintained by indigenous Australians using traditional land management methods.

So next time you’re reaching for some hemp protein powder or a face serum, check that it has Kakadu Plum – it may do additional wonders for you!

Previous articleNew Hemp Fibre And CBD Extraction Facility For Virginia
Next articleSwitzerland Eases Hemp Seed Rules
Kirby Gatsios
Kirby Gatsios is one of Hemp Gazette's staff writers, joining the team in 2020. Kirby has a personal interest in the use of cannabidiol (CBD) as a potential treatment for arthritis, and she’s also interested in the use of CBD for personal care. You can contact Kirby here.
RELATED ARTICLES
News