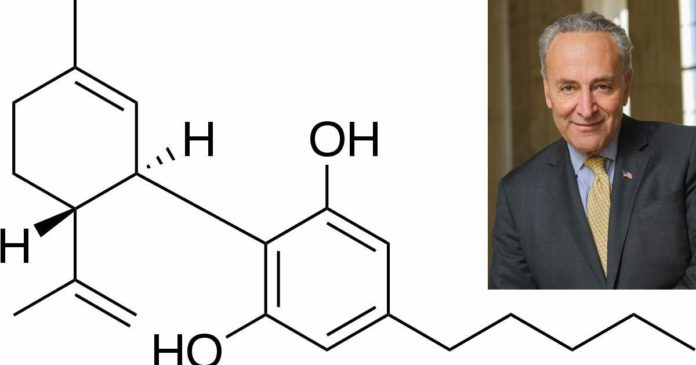 U.S. Senator Charles (Chuck) E. Schumer has urged the USA’s Food and Drug Administration (FDA) to get cracking on issuing guidance on cannabidiol extracted from hemp.

Senator Schumer played an important role in the legalising of hemp in the USA at a federal level, backing the Hemp Farming Act of 2018 that was contained within the 2018 Farm Bill.

Senator Schumer sees the crop to be a potential billion-dollar industry in his home turf, New York State.

“But before that can happen, farmers, growers, producers, consumers and vendors need to know exactly what the rules of the road are and right now they’ve got no idea,”  said Senator Schumer in conference call with reporters last week.

More than ten months has passed since the Bill was signed into law and U.S. CBD producers are still waiting on regulations or safety requirements for cannabidiol derived from hemp.

“That’s why I’m calling on the FDA to do its job in a timely manner and issue guidance related to CBD classification, labeling, quality, marketing, and sales,” says the senator. “And once the feds spell out these ABC’s of CBD, the industry will seed and grow from one corner of the state to the other, many jobs will be created in the industrial hemp space, and farmers will be able to safely cash in on this cash crop.”

The Senator has asked the FDA to issue an outline of its plans for a CBD regulatory framework, along with a timeline relation to enforcement policies.

It seems many consumers are rattled by the lack of FDA standards for CBD. A survey we reported on last week indicated 44% of Americans are less likely to use cannabidiol products after discovering the lack of them.

Hundreds of licenses have been issued for cultivating and processing hemp in New York State. According to the Senator’s release, 18,000 acres of land has been licensed for hemp production, with 14,000 acres of that total designated for CBD crops.

Schumer isn’t the only senator pushing the FDA on cannabidiol-related issues. Last month, U.S. Senate Majority Leader Mitch McConnell, a key player in the success of the Hemp Farming Act of 2018, called on the FDA to issue formal “enforcement discretion” on the sale of hemp CBD products.

Previous articleGibraltar Takes Another Step On The Medical Cannabis Path
Next articleAustralian Medical Cannabis Insomnia Trial Recruiting Participants
Terry Lassitenaz
Terry Lassitenaz writes exclusively for Hemp Gazette and has done so since the site launched in 2015. He has a special interest in the political arena relating to medical cannabis, particularly in Australia, and addressing the many myths surrounding this incredibly useful plant. You can contact Terry here.
RELATED ARTICLES
News