HomeNewsPTSD A Qualifying Condition for Medical Marijuana In New York

PTSD A Qualifying Condition for Medical Marijuana In New York 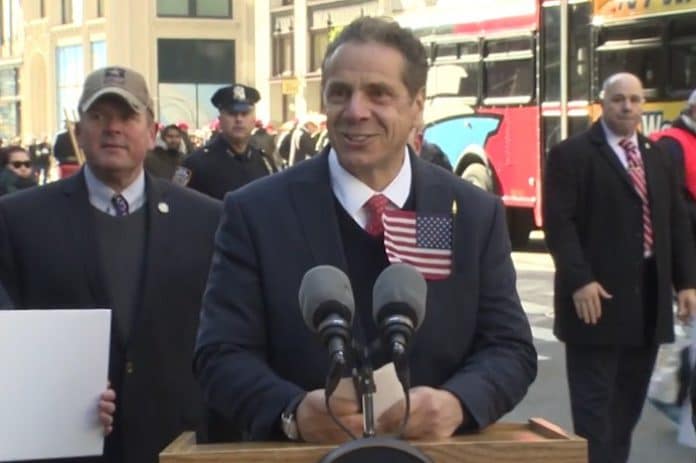 Among five bills related to veterans signed into law by New York governor Andrew Cuomo on the weekend was one enabling access to medical cannabis for the treatment of PTSD.

Approximately 19,000 patients with Post-Traumatic Stress Disorder in New York could benefit from the use of medical marijuana; including military veterans, police officers, fire fighters and civilians.

“Many of our veterans are suffering from PTSD and the medical community has determined that marijuana can be a helpful treatment in some areas,” Governor Cuomo said.

“Our veterans risked their lives in order to defend the ideals and principles that this nation was founded upon and it is our duty to do everything we can to support them when they return home.”

The announcement coincided with Veterans Day, an official United States public holiday that is observed annually on November 11.

“It’s something we’ve been talking about for a long time and I’m glad that we’re taking action today,” said the Governor.

In order to qualify for the program, patients with one of the above conditions must have certification from a doctor recommending marijuana as a treatment option.

The news will no doubt be welcomed by the American Legion, which has been battling at a federal level for the U.S. Government to permit Department Of Veteran Affairs doctors to provide information on medical cannabis and prescribe it where legal.

A recent survey of military veteran households in the USA published by the American Legion revealed overwhelming support for medical cannabis.

As well as medical cannabis, Governor Cuomo has also thrown his support behind industrial hemp. In July this year, he signed legislation to support New York State’s industrial hemp industry and announced grant funding to advance related research. Registrations of interest in the State’s Industrial Hemp Agricultural Research Pilot Program for the 2018 season opened in September.