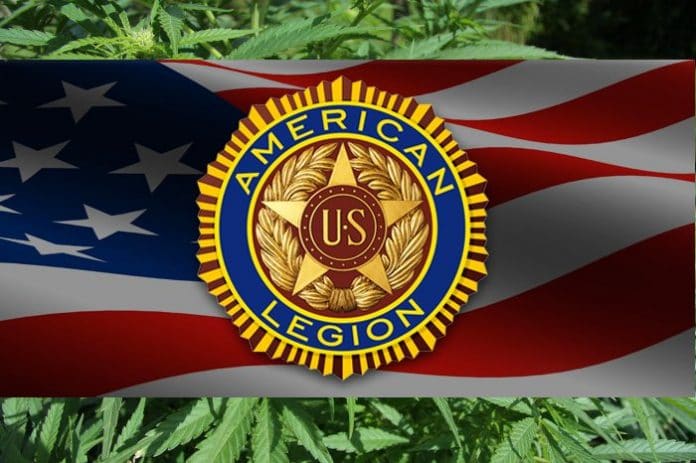 A resolution adopted by the American Legion urges the U.S. Government to permit Department Of Veteran Affairs doctors to provide information on medical cannabis and recommend it in states where it’s legal.

The American Legion is the USA’s largest wartime veterans service organization. Chartered and incorporated by Congress in 1919, it’s a powerful group with more than 2.3 million members.

Military.com reports the resolution was passed at the organisation’s national convention in Reno, Nevada last week.

Key to this goal being achieved is passing of the Veterans Equal Access amendment, which would lift the ban on VA doctors discussing and recommending cannabis.

The amendment has already been passed by both the House and Senate, but was struck from related legislation at the last minute this year – however, supporters hope it will now have better chances of success..

“Year after year, we’ve never been able to pass the Veterans Equal Access amendment,” said psychiatrist Dr. Sue Sisley, who is studying the effects of marijuana on veterans with post-traumatic stress disorder. “With the full weight of the American Legion behind this next round of legislation, I know we can finally get this approved.”

Dr. Sisley was a speaker at the United In Compassion Australian Medicinal Cannabis Symposium 2017 in Melbourne, Australia this year.

This isn’t the first time the American Legion has adopted a resolution in relation to the use of medical cannabis in treating veterans.

Last year, the Legion urged the USA’s Drug Enforcement Agency to license privately-funded medical marijuana production operations in the U.S. to enable safe and efficient cannabis drug development research. It also urged Congress to amend legislation to remove Marijuana from Schedule I and reclassify it in a category that at the very least recognises cannabis as a drug with potential medical value.