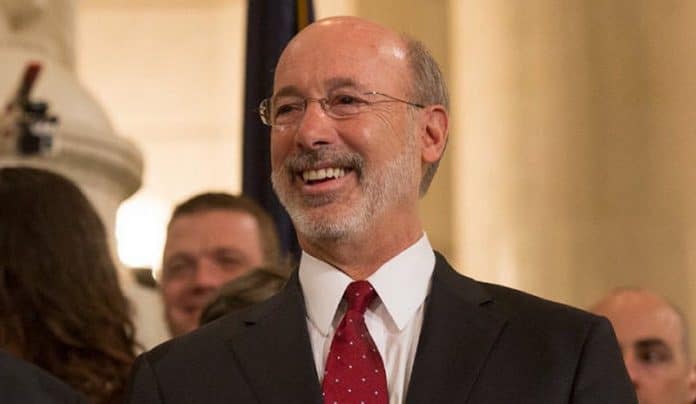 A year into Pennsylvania’s medical marijuana program has seen  more than 116,000 patients register, with 83,000+ identification cards issued so far.

The state’s program was signed into law by Governor Tom Wolf on April 17, 2016, but it wasn’t until last year that the Pennsylvania’s first dispensary opened.

“The first year that the state’s medical marijuana program has been operational tells us that this program is working to help Pennsylvanians in need of this medication,” said Governor Wolf. “Patients are realizing the benefits and there has been steady, positive progress that I am pleased to report.”

According to the Governor’s office, medical cannabis has been dispensed close to 600,000 times at the 45 approved dispensaries that have opened across the state. A total of 50 dispensary permits have been issued.

There are also 25 grower/processors with permits to operate in Pennsylvania, the maximum number allowed under current laws. However, only 12 are operational at this point in time.

Many of the state’s doctors are on board with the program, with 1,000 now approved and 1,460 have registered for certification. A list of approved practitioners can be found here.

There are four laboratories in the state to test medical cannabis before it is dispensed to patients.

As well as helping patients, the medical cannabis sector has also been helping to fill the state’s coffers. Around USD $132 million in total sales of medical cannabis products have been made since the first dispensary opened its doors, with the commonwealth collecting more than $2 million in tax revenue from grower/processors.

Further information on the Pennsylvania Medical Marijuana Program can be found here.