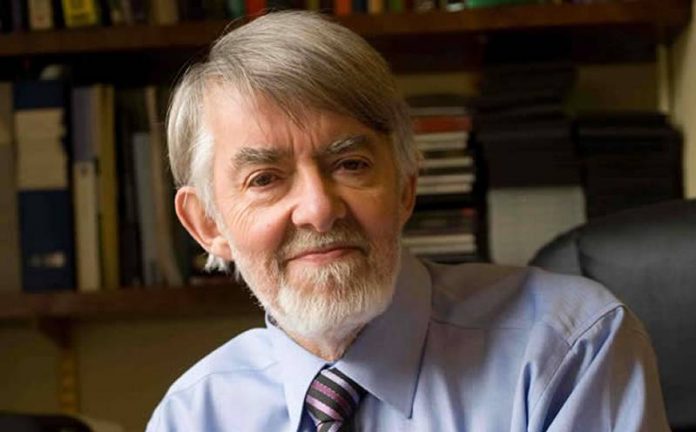 “It’s with great sadness that we let you know that our MP, Paul Flynn, has died. Paul is a hero to many of us in the Newport Labour family and we mourn for his family’s loss,” posted Newport Labour on Facebook.

Mr Flynn’s support for medical cannabis dates back over 30 years, battling laws he said were based on ignorance and prejudice.

In 2017, A bill seeking to legalize medical marijuana in the UK introduced by Mr. Flynn passed its first reading in the nation’s Parliament; without any opposition. A mischievous sort of fellow at times, Mr. Flynn also encouraged the consumption of marijuana products outside Parliament around that time, stating the “the law has proved to be an ass.”

“It’s the duty of the good citizen to disobey laws that oppress the sick and the powerless and deny them the medicines of their choice,” he said.

Mr. Flynn was heavily involved with United Patients Alliance, as a patron of the organisation.

“Such sad news,” said UPA. “Rest in Peace, Paul Flynn MP, UPA Patron and all round canna-legend – standing up in parliament for cannabis over 130 Times in his 30+ years as an MP.”

While medical cannabis products were legalised in the UK last year, the battle certainly isn’t over. According to Mike Barnes, honorary professor of neurological rehabilitation at Newcastle University, very few UK patients have gained access to previously illegal cannabis based medicinal products since. Apparently, the system currently in place for access is “tortuous“.

Among his other political achievements, Mr. Flynn became the oldest MP in over a hundred years to hold a shadow cabinet position (Shadow Secretary of State for Wales) – at the age of 81.

We’ll leave the last words of this article to Mr. Flynn.

“Cannabis is the oldest medicine in the world. It has been trialled and tested by tens of millions of people over 5,000 years. If there were any problems with natural cannabis, that would have been apparent a long time ago. The case for medical cannabis, including in its natural form, is overwhelming. It is barbaric to deny people their medicine of choice. There can be no justification for doing that.” – Paul Flynn MP, 2015.