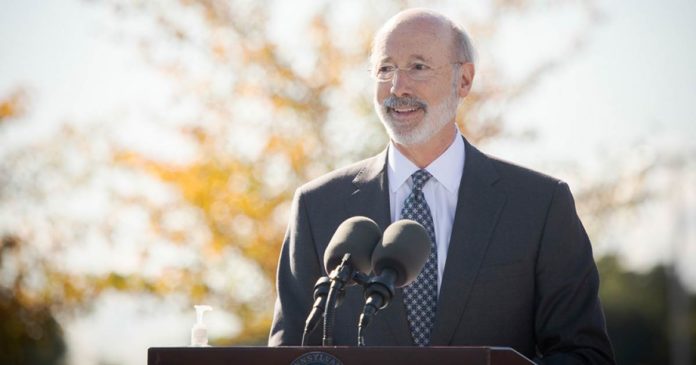 Under Governor Wolf’s watch, on April 17, 2016 Pennsylvania became the 24th US state to legalize medical marijuana. Today, just under 553,000 patients and caregivers are registered for the program, which covers nearly two dozen medical conditions.

There are 114 operational dispensaries and twenty-eight active grower/processors in Pennsylvania. Since the start of the program, 31.2 million products have been sold, racking up sales close to $2.6 billion – with more than than $1.5 billion in sales from dispensaries to patients.

More than 2,100 physicians have registered for the program, and around 1,530 of those have been approved as practitioners.

“On the five-year anniversary of the creation of Pennsylvania’s medical marijuana program, we continue to forge ahead in getting medicine to those with serious medical conditions,” said Governor Wolf.

Accessing medications was made a little easier in March last year as a response to the COVID-19 pandemic, measures that continue to be in place and will remain  for as long as the state’s Proclamation of Disaster Emergency is in effect.

“The work that the Department of Health does to ensure that products are available and that patients are able to receive medicine as seamlessly as possible, particularly during the pandemic, is exemplary,” said the Governor.

The state also has a significant research program.

“It is clear that the Pennsylvania Medical Marijuana Program is among the most successful programs across the country,” said Acting Sec. of Health Alison Beam.

As well as benefiting patients, the state’s coffers have been given a boost. While there is no tax on purchases by patients, Pennsylvania law requires growers/processors to pay a 5 percent excise tax on the gross receipts from the sale of medical marijuana to dispensaries.

Previous articleHemp In Commercial Feed Clears Hurdle In Montana
Next articleNJ Governor Conditionally Vetoes Medical Marijuana Telehealth Bill
Gillian Jalimnson
Gillian Jalimnson is one of Hemp Gazette's staff writers and has been with us since we kicked off in 2015. Gillian sees massive potential for cannabis in areas of health, energy, building and personal care products and is intrigued by the potential for cannabidiol (CBD) as an alternative to conventional treatments. You can contact Gillian here.
RELATED ARTICLES
News