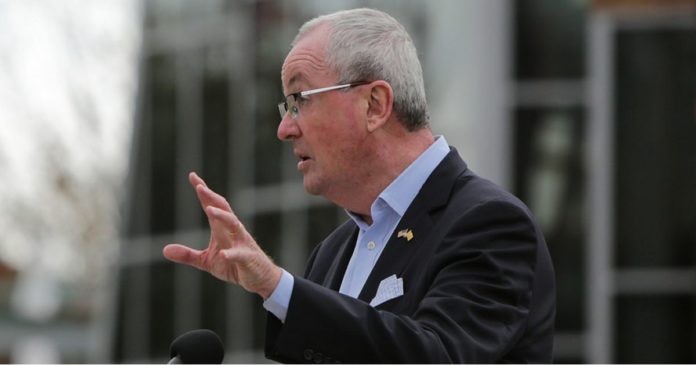 A bill to permit the continued use of telemedicine and telehealth to authorize patients for medical cannabis hasn’t passed muster with New Jersey Governor Phil Murphy – but not because he’s against the idea.

In August last year, an Administrative Order was issued permitting physicians providing medical cannabis certifications to utilize telemedicine consultations to do so, provided they were consistent with the standard of care required and certain other conditions were satisfied.

The order is to remain in place until end of the declared Public Health Emergency and State of Emergency, or the end of the telemedicine allowance designated by the US Secretary of Health and Human Services. However, there have been efforts to extend the arrangement past this time through Senate Bill 619, which has enjoyed strong support.

While supporting the bill’s sponsors in their effort to facilitate access to medical cannabis for those who need it and agreeing telehealth authorization should continue past the time when COVID-19 related orders are lifted, Governor Murphy remains concerned with what he says are undue limitations overly restrictive on the use of telehealth in this context.

The Governor says the bill would immediately disqualify many patients who have been successfully utilizing telehealth and telemedicine services, and for a period of nine months. These patients would then be required to submit to mandatory in-person office visits when their eligibility resumes.

“I do not agree with resurrecting old barriers to access, particularly as the pandemic continues,” he stated.

The Governor has returned the bill with recommended amendments, including the requirement for in-person visits be the call of the practitioner, where the practitioner determines a visit is necessary for a particular patient.

The Governor’s full statement regarding the conditional veto can be found here.

New Jersey was 14th state to allow medical marijuana when the New Jersey Compassionate Use Medical Marijuana Act was passed by the state legislature on January 11, 2010. However, for many years after the state’s program was considered one of the nation’s most restrictive. That changed when Governor Murphy took the reins, particularly after his signing of the Jake Honig Compassionate Use Medical Cannabis Act back in 2019 that greatly improved access.

Previous article5 Years Of Legal Medical Cannabis In Pennsylvania
Next articleBills Seek Access To SBA Loans For Cannabusiness
Terry Lassitenaz
Terry Lassitenaz writes exclusively for Hemp Gazette and has done so since the site launched in 2015. He has a special interest in the political arena relating to medical cannabis, particularly in Australia, and addressing the many myths surrounding this incredibly useful plant. You can contact Terry here.
RELATED ARTICLES
News