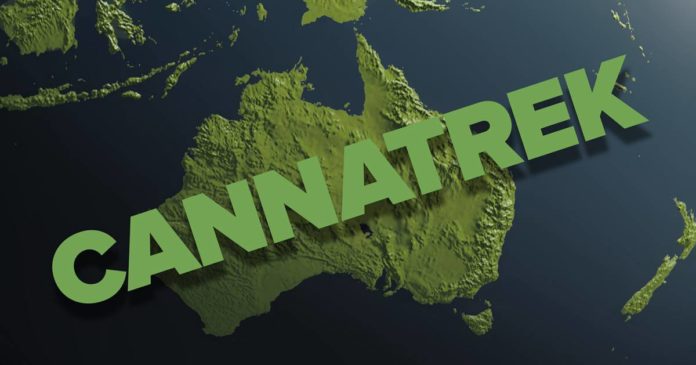 Colombia-headquartered Clever Leaves recently saw the first of its products distributed in the Australian market through an agreement with local firm, Cannatrek.

The first white-labeled, semi-finished product shipment to Cannatrek was received early this month and according to Clever Leaves, is already commercially available for purchase within our borders.

As to what the products were, not much detail was provided aside from being various CBD oral solution concentrations distributed through Cannatrek’s physician and pharmacy networks across Australia. These are apparently products not already available in Australia.

“Clever Leaves’ entry into the emerging Australian medicinal cannabis market via Cannatrek’s distribution network shows not only its commitment to our marketplace, but its confidence in Cannatrek as its Australian distribution partner,” said Cannatrek CEO, Tommy Huppert.

Clever Leaves describes itself as a vertically integrated, global cannabis company. It is involved in everything from genetics to cultivation and extraction, to wholesale and distribution. The Bogotá, Colombia headquartered company also has offices in Canada, Germany, Portugal and the United States.

Cannatrek doesn’t just utilise cannabis produced by other companies – it has a 16,000 square metre greenhouse facility near Brisbane, Queensland and is constructing a huge facility in Victoria; a venture awarded Major Project status by the Australian Federal Government early this year that will also involve manufacturing of medicines.

In terms of other arrangements with other companies, back in June we mentioned Cannatrek and THC Global (ASX:THC) inked an unusual supply and manufacturing agreement. It involves THC Global producing oil-based cannabis medicines for Cannatrek from flowers supplied by Cannatrek’s Southport facility. This will be paid for with cannabis flower supplied to THC Global, which it will use to produce THC Global’s Canndeo range of medicines.

Cannatrek is a fully licensed researcher, grower, manufacturer, importer and distributor of cannabis. Among Cannatrek’s products are dried herbal cannabis and extracts, sublingual wafer tables, API for compound pharmacies and drug development and delivery systems such as vaporisers, patches and capsules. Cannatrek Ltd, a non-listed public company, claims to be Australia’s lowest cost operator in the medicinal cannabis sector.

Previous articleSouth Dakota Submits State Hemp Plan To USDA
Next articleAnother Kiwi Medical Cannabis Company Turns To Crowdfunding
Terry Lassitenaz
Terry Lassitenaz writes exclusively for Hemp Gazette and has done so since the site launched in 2015. He has a special interest in the political arena relating to medical cannabis, particularly in Australia, and addressing the many myths surrounding this incredibly useful plant. You can contact Terry here.
RELATED ARTICLES
News