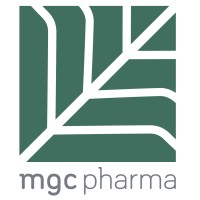 Professor Kramer will direct clinical trial medical cannabis programs the company intends carrying out in Australia and Europe. The professor is a highly regarded expert in the field of Paediatric Neurology and Paediatric Epilepsy.

MGC Pharmaceuticals also announced it and the University of Sydney had commenced stakeholder engagement activities. The two have previously collaborated, publishing Australia’s first analysis of the Australian medical cannabis industry.

Among those being approached are the Australian Federal government, some State governments, medical professionals, academics and other participants in the industry. The company says this engagement will lay the foundations for formal collaboration agreements and clinical medical cannabis trials in Australia.

“We are very pleased to welcome Professor Kramer to the Company, who will further our expertise in this area and assist MGC Pharmaceuticals build strong momentum in the emerging Australian medical cannabis industry as we continue to work with the University of Sydney and stakeholders in this area,” said Nativ Segev, Co-founder and Managing Director of MGC Pharmaceuticals.

Mr. Segev was previously the CEO of Israel’s second largest licensed medical cannabis company, Cann Pharmaceutical – which we mentioned earlier this month will be involved with trials of cannabidiol (CBD) treatments for melanoma.

Another notable MGC Pharmaceuticals board director is Dr Ross Walker; an Australian cardiologist with over 35 years’ experience, author and health presenter in the Australian media. Dr. Walker will also consult on the development of strategy for MGC’s clinical trials and medical cannabis product development.

As well as interests in medical cannabis products, MGC has also developed a line of cannabidiol (CBD) based cosmetics under the brand MGC Derma; the first revenues from which were received last month. Also last month, the company successfully completed its first planting of CBD test crops at its operations in Slovenia.

The test crop will be harvested shortly and then tested to determine the optimum soil, nutrients and growing conditions for its high CBD cannabis strain. MGC says it expects to cultivate, harvest and produce its first full production crop for high quality cannabidiol resin extract in 2017.

Previous articleHemp Hijinks In Australia’s Elections
Next articleNZ Grey Power Medical Marijuana Stoush
Terry Lassitenaz
Terry Lassitenaz writes exclusively for Hemp Gazette and has done so since the site launched in 2015. He has a special interest in the political arena relating to medical cannabis, particularly in Australia, and addressing the many myths surrounding this incredibly useful plant. You can contact Terry here.
RELATED ARTICLES
News