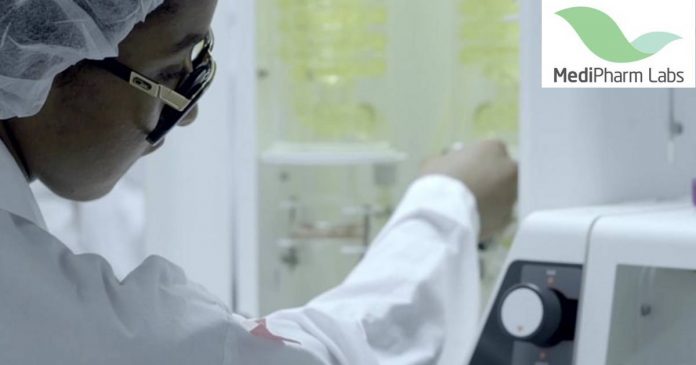 Another one – MediPharm Labs Australia Pty. Ltd. has received a cannabis manufacturing licence from Australia’s Office of Drug Control.

The firm is a subsidiary of  Canada’s MediPharm Labs Corp. Back in June last year, the company commenced construction of its cannabis oil extraction facility in South Gippsland, Victoria.

“With this licence, MediPharm Labs Australia provides a foothold in the Asia-Pacific region as we focus on completing construction, and beginning the facility’s GMP certification and remaining licensing requirements which will permit us to commence production and sales later this year,” said CEO Patrick McCutcheon.

As to exactly what stage this facility is at isn’t clear, but managing director of the local subsidiary,  Warren Everitt, said it was “well underway”.

The facility will feature supercritical CO2 extraction equipment with the capacity to process up to 75 tonnes of dried cannabis annually. Secondary processing equipment will be used for the production of purified and high-concentrate cannabis distillate.

Under the conditions of the licence, MediPharm Labs Australia is permitted to manufacture cannabis extracts, tinctures and resin for the purposes of a clinical trial or prescribed as medicinal cannabis products.

There’s been a flurry of licences issues by the Office of Drug Control over the past few weeks – well, a flurry compared to activity prior.

Legislation enabling cultivation of cannabis for medicinal and related research purposes in Australia was passed by Parliament back in February 2016. In Australia, only specific patient groups under medical supervision are able to access medicines and need to jump through a number of hoops to do so. By late February this year, only around 3,100 medicinal cannabis scripts had been approved by the Therapeutic Goods Administration (TGA) – that’s scripts, not patients, and an all-time figure.

While there’s not yet a huge market for medicines in Australia due to tight regulations, Australian companies can export medicinal cannabis products – and that’s where a lot of business interest lies.

Previous articleKansas Governor Signs CBD/THC Bill Into Law
Next articleFunding For Industrial Hemp Project In Western Australia
Terry Lassitenaz
Terry Lassitenaz writes exclusively for Hemp Gazette and has done so since the site launched in 2015. He has a special interest in the political arena relating to medical cannabis, particularly in Australia, and addressing the many myths surrounding this incredibly useful plant. You can contact Terry here.
RELATED ARTICLES
News