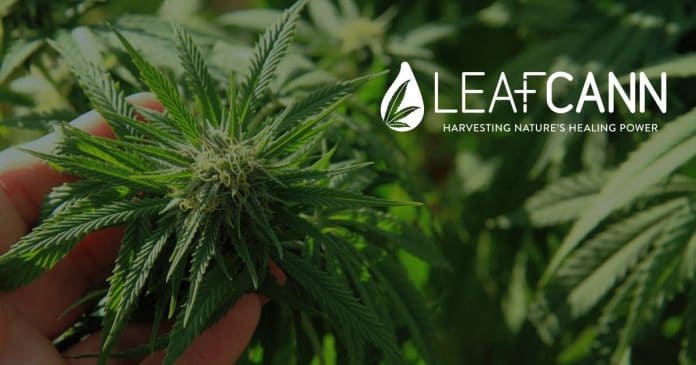 Australia’s LeafCann Group Pty Ltd states it has been granted a  licence by the country’s Office of Drug Control to manufacture medical cannabis.

“Our primary focus will be to provide high quality, cannabis products to patients across Australia, growing a loyal base of customers with our fair prices and sustainable commitment to community and charity.”

… but it doesn’t state what those products are.

“Our team is focussed on delivering the highest quality product, focusing on high-tech indoor facilities,” said Dr. Boublik. “This enables us to control all elements, resulting in a pharmaceutical grade product, and ensuring a consistent patient experience, which supported by research and development, will drive clinical acceptance.”

LeafCann Group Chairman, Mr Ilario Faenza., said the company is building its indoor facility – LeafCann Innovate – in Adelaide, which will meet or exceed the standards required by Australia’s Therapeutic Goods Administration (TGA) and its Asian and European counterparts. No further details were provided on the facility and it appears it’s the first time the facility’s name has been publicly published.

Founded in 2015, LeafCann appears to have interest or presences in other states too – the address on the company web site is in Western Australia and on LinkedIn the company says its headquarters are in Victoria.

LeafCann says it is a vertically integrated cannabis company.

“Our aim is to research, grow, process and manufacture an array of products for both our own endeavours and our partners.”

Cannabusinesses have been popping up all over Australia in recent years; particularly since passing of related legislation in 2016. Given the country’s tough regulations with regard to medicinal cannabis, the road has been a long and challenging one for all (including patients).

While Australians are heading to the polls in less than two weeks, medical cannabis doesn’t appear to have emerged as a hot-button topic.

* Triple P is also referred to as Triple Bottom Line (TBL, 3BL) – you can read more about the concept here.

Previous articleStudy Report: Medical Cannabis And Driving
Next articleConnecticut Governor Signs Off On Industrial Hemp Legislation
Terry Lassitenaz
Terry Lassitenaz writes exclusively for Hemp Gazette and has done so since the site launched in 2015. He has a special interest in the political arena relating to medical cannabis, particularly in Australia, and addressing the many myths surrounding this incredibly useful plant. You can contact Terry here.
RELATED ARTICLES
News