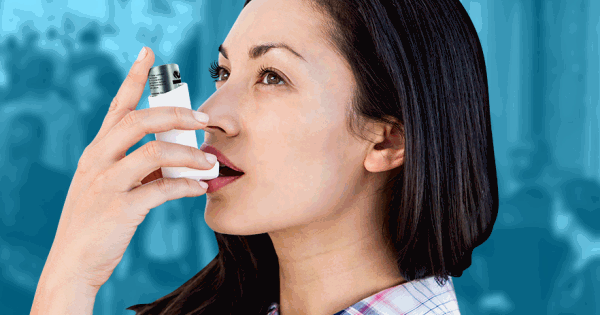 Looking very much like an asthma puffer, the Vapen Clear appears to be the first inhaler on the market to administer pharmaceutical grade medicinal marijuana extracts.

The pressurized metered dose inhaler contains 1,000 mg of medication per canister. At 10mg per dose, it works out to be 100 doses from each cartridge.

The company behind the device claims the use of aerosol as a delivery method is a more effective method of administration compared to smoking or vaping since very little is exhaled (less than 5%). It would also avoid some of the nasty by-products of burning any plant material. Apparently, the medication is also odorless.

Tetrahydrocannabinol (THC), cannabidiol (CBD) and THC/CBD preparations are available. A Material Safety Data Sheet (MSDS) wasn’t located on Vapen’s web site at the time of publishing; nor were the independent test results referred to. The propellant used in the cartridges wasn’t specified.

It appears availability of the device is currently limited to Arizona and we weren’t able to locate pricing online.

Vapen cartridges come in quite a large variety of flavours – a point that may give fodder to those opposed such devices. It could be argued that being medicine, it doesn’t need to come in a multitude of flavours.

It’s an argument that the electronic cigarette industry has been battling for some time; but it’s easier to justify a wide range of flavours in that case (to keep users engaged and not heading back to tobacco). The flavour issue comes back to the “won’t someone think of the children” argument; i.e. the fear (justified or not) of products like this being attractive to children.

The gaps in information and potential challenge for the product aside, such a device is interesting and would certainly appeal to a segment of the market – particularly those who are looking for something very discreet that doesn’t require battery power.

Another inhaler-type device we recently covered that is yet to hit prime time is the Syque Inhaler, but that is battery powered and uses heat to release cannabinoids; making it more of a high-tech vaping device.

Heartbreak For Some Iowa Hemp Farmers