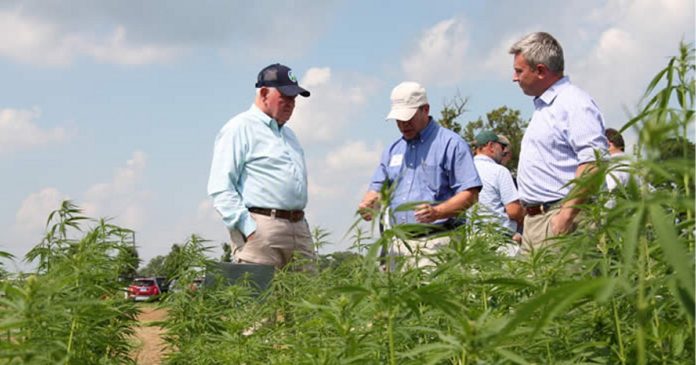 The US state of Kentucky’s Agriculture Commissioner says the USDA’s final rule for hemp is a big improvement on the interim version.

Kentucky is among the U.S states still overseeing its hemp sector under provisions in the 2014 Farm Bill, after it had its 2018 Farm Bill-based state plan knocked back by USDA. It was quite a blow for the state given the amount of work Kentucky put into hemp’s return and it being the first cab off the rank to submit a plan to the USDA.

But Kentucky’s hemp arrangements will change for the 2022 growing season – and they have to. States originally had a deadline of October 31, 2020 to submit plans to the USDA as the pilot program was set to expire at the end of October last year. While an extension of the pilot program will be in place until September 30 this year, there will be no further extensions.

Kentucky had a number of concerns about the USDA’s interim final rule for hemp, but appears to be happy with changes made. The USDA released the final rule regulating the production of hemp across the USA in January.

“The final rule on hemp production is much improved over the interim final rule previously issued by USDA,” Kentucky Agriculture Commissioner Dr. Ryan Quarles said yesterday. “The improvements were the results of work conducted by the Kentucky Department of Agriculture and other state agencies to provide feedback to the USDA”

One of Kentucky’s concerns about the interim final rule was the elimination of the ability for growers to remediate elevated THC content through a post-harvest retest, which gives them a second chance to achieve a compliant THC test result.

Under the final rule, remediation and a post-harvest retest is permitted, as is on-farm disposal of non-compliant hemp, standardized and simplified sampling procedures and an increase in the “negligent” level of THC.

“I am encouraged by the progress USDA has made and have confidence in our ability to move into the federal framework as envisioned by the 2018 Farm Bill,” said Commissioner Quarles.

While happy with the USDA’s changes, the Commissioner says he remains concerned about what he says is a “continued lack of action by the Food and Drug Administration” on delivering regulations for hemp-derived cannabidiol products.

The USDA’s final rule on hemp will take effect March 22.

Previous articleTasmania To Improve Medical Cannabis Access
Next articleMedical Cannabis And Long-COVID
Steven Gothrinet
Steven Gothrinet has been part of the Hemp Gazette in-house reporting team since 2015. Steven's broad interest in cannabis was initially fueled by the realisation of industrial hemp's versatility across multiple sectors. You can contact Steve here.
RELATED ARTICLES
News