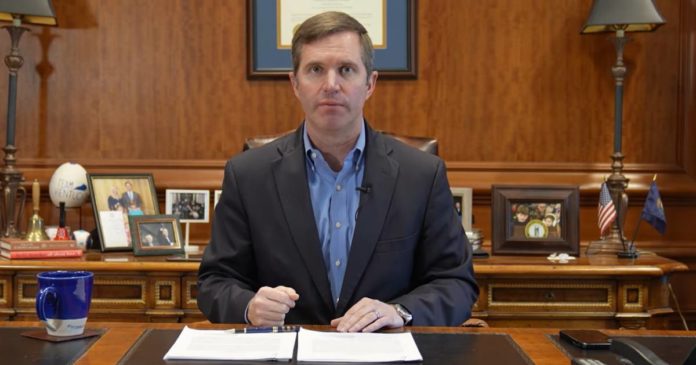 It’s been a long time coming, but patients in Kentucky finally have some legal protection for using medical cannabis.

In November last year, Kentucky Governor Andy Beshear signed an executive order that would allow residents with certain medical conditions to possess and use small amounts of medical cannabis from January 1, 2023. It was a big step, sparked by the Governor’s frustration with the lack of action on the part of the state’s lawmakers.

While acknowledging its limitations, Governor Beshear said in his final Team Kentucky Update for 2022 he did his best with the executive order.

“I’m the first to admit the executive order is imperfect, because the legislature should have done this a long time ago, but it’s also fluid,” he said. “It’s not the answer, but I do hope it provides pressure.”

During his update, the Governor mentioned palm cards are being issued to law enforcement to make it easier for police to understand what is and what isn’t permissible under the executive order.

“Many Kentuckians with chronic pain are suffering and searching for relief,” he said on Twitter. “Today I visited with Moms for Cannabis, advocates who are looking for health solutions that don’t sacrifice quality of life – something medical cannabis can deliver.”

In the update, the Governor also alluded to medical cannabis being a potential alternative to opioids. The opioid epidemic in the USA is particularly severe in Kentucky. In a prior role as the state’s Attorney General, the scourge was a special focus for him.

“One reason I ran for Attorney General was to hold opioid companies responsible for the devastation they caused Kentuckians,” said Governor Beshear on Facebook last week. “These companies put their bottom lines over the lives of our people, and I held them responsible by suing more of them than any other AG in the country.”

Opioids are still a major issue in Kentucky. According to the Kentucky Injury Prevention & Research Center, the state had the third highest age-adjusted drug overdose fatality rate in the United States in 2020, and approximately 81% of Kentucky resident overdose deaths in 2020 involved opioids. In 2021, 2,251 Kentucky residents died from a drug overdose, an increase of 14.6% on the previous year. 79.6% involved at least one type of opioid.

Previous article
Study: Cannabis Oil In Insomnia Treatment
Next article
NZ Grown And Made THC Medicines Launched
Terry Lassitenaz
Terry Lassitenaz writes exclusively for Hemp Gazette and has done so since the site launched in 2015. He has a special interest in the political arena relating to medical cannabis, particularly in Australia, and addressing the many myths surrounding this incredibly useful plant. You can contact Terry here.
RELATED ARTICLES
News