HomeNewsMedical Cannabis In Kentucky Is Go

Medical Cannabis In Kentucky Is Go 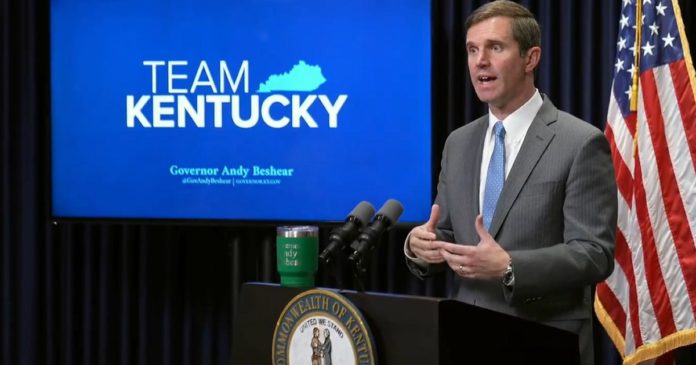 Frustrated by a lack of progress on the part of lawmakers in Kentucky on medical cannabis,  Governor Beshear announced the Office of Legal Services would investigate the potential for executive action back in April this year.

This was followed by the formation of the Medical Cannabis Advisory Committee, which was to provide a forum for Kentuckians to voice their opinions on the issue. The team hosted town hall meetings across the state, and a website was set up to also accept feedback. And that feedback was strongly in support of medical cannabis.

In October, the Governor reiterated his commitment to seeking what steps he could take to legalize medical cannabis for those suffering from chronic, debilitating medical conditions.

And this brings us to yesterday. But it won’t be a free-for-all.

“With 37 states already legalizing medical cannabis and 90% of Kentucky adults supporting it, I am doing what I can to provide access and relief to those who meet certain conditions and need it to better enjoy their life, without pain,” said Governor Beshear.

Still to be developed are guidelines for law enforcement to determine quickly and accurately who does and doesn’t qualify.

The full list of qualifying conditions and rules can be viewed here.

On a related note, also announced yesterday was the regulation of the sale of Delta 8 THC. The press release states:

“Delta 8 contains THC, but at a lower level than marijuana.”

No, Delta 8 *is* THC, just a different form of it. The THC most commonly associated with marijuana is Delta 9. Cannabis contains very small amounts of naturally occurring Delta 8, but it can be created by manipulating cannabidiol. That confusion aside, the Governor’s office states:

“It is not a controlled substance in Kentucky nor under federal law, and a court has ruled that it is legal in Kentucky.”

Previous articleHemp Flower Study Reveals THC Mislabelling
Next articleStudy: CBD Doesn’t Alleviate THC Negative Effects
Terry Lassitenaz
Terry Lassitenaz writes exclusively for Hemp Gazette and has done so since the site launched in 2015. He has a special interest in the political arena relating to medical cannabis, particularly in Australia, and addressing the many myths surrounding this incredibly useful plant. You can contact Terry here.
RELATED ARTICLES
News