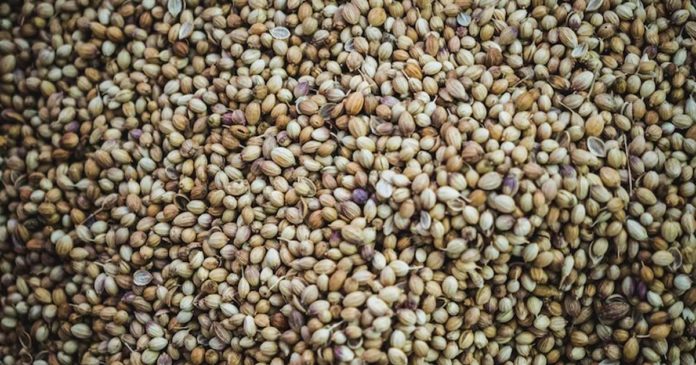 A North American association dedicated to advocacy for hempseed foods has “rebooted”.

The Hemp Food Association kicked off back in 1998, boasting dozen of industry members at its peak and hemp scientists on its board of advisors. It’s claimed to be the second-oldest hemp trade association in the world.

But its time was reasonably short-lived. The Association went quiet in the early part of this century after some argy-bargy over the legal status of hemp foods that saw the market die for a couple of years. But all that is well in the past, so why has the HFA decided to reform now?

“… the HFA temporarily lost its Mission and went dormant, waiting for the day society caught up. That day is today.”

Original founder and hemp food pioneer Richard Rose believes hemp foods are still a “woefully under-appreciated segment” and despite their importance in the scheme of things, few government grants have been awarded into research into seed as food; instead concentrating grant cash on fiber products “still looking for a market”.

Membership of the rebooted HFA is free to consumers, hemp food marketers and manufacturers.

It will be interesting to see how the HFA evolves from here. There doesn’t appear to be a board of advisors at present and currently seems to be a one man show – Mr. Rose. With 28 years under his belt in relation to hemp foods, Mr. Rose is also offering paid consulting services.

Over the years HempGazette has been around, we’ve seen various hemp associations spring up and then stagnate or disappear; even in light of more favourable regulatory environments in many jurisdictions. Continuity, regular communications and ongoing advocacy are important to keep hemp on the radar and to boost its presence and acceptance.

Here’s hoping the HFA is able to do that in the time ahead.

Hemp seed has been utilised by humanity as a food source for thousands of years. In modern times, it has often been referred to as a superfood given its high nutritional value. But unlike some other “superfoods”, it’s probably more deserving of the label.

Previous articleThe World’s Biggest Marijuana Bust – Or Was It?
Next articleHemp Flower Study Reveals THC Mislabelling
Terry Lassitenaz
Terry Lassitenaz writes exclusively for Hemp Gazette and has done so since the site launched in 2015. He has a special interest in the political arena relating to medical cannabis, particularly in Australia, and addressing the many myths surrounding this incredibly useful plant. You can contact Terry here.
RELATED ARTICLES
News