HomeNewsThe World's Biggest Marijuana Bust - Or Was It?

The World’s Biggest Marijuana Bust – Or Was It? 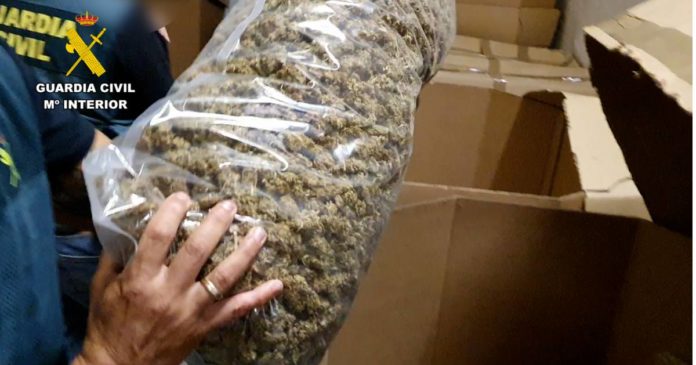 A major haul of cannabis seized by Spain’s Civil Guard early this month reportedly isn’t marijuana according to a businessman associated with the incident. But the situation is complex.

On November 5, the Civil Guard announced it had seized 32,370.2 kilograms of marijuana buds back in October, claiming it to be (translated):

“the largest seizure of this substance, not only in Spain, but also internationally.”

Analysis of the plants at the time indicated they were (translated) “positive for psychoactive”; assumed to mean positive for THC.

15 people were arrested and one of them alleges this bust was a bust.

The Olive Press reports the administrator of E-Canna Farming SL claims the plants weren’t marijuana, but industrial hemp. So, what’s the difference?

Hemp is cannabis. Marijuana is cannabis. Generally speaking, the difference between the two are THC levels, with hemp having a comparatively low amount. Where things get tricky is permissible levels differ from jurisdiction to jurisdiction. One region might allow 1% THC by dry weight as a maximum, and another only 0.2 per cent. Cannabis with 0.8% THC in the former would be considered hemp; in the latter – marijuana. While testing of both can reveal presence of THC, legally, it’s the percentage that usually counts.

“.. we carry out the processing of industrial hemp plants THC lower than 0.3% from farmers throughout Spain.”

It appears Spain previously had a maximum level of 0.2%, but that was to be increased to 0.3%. However, in this situation things may be a bit more complicated.

Last year, the Chief Prosecutor of the Special Anti-Drug Prosecutor’s Office ruled buds are considered narcotic drugs, regardless of the content of THC the plants may contain.

As to how this all pans out remains to be seen; but something very clear is hemp’s relationship with the law still has some way to go in Spain – and many other countries. And those involved in the hemp industry need to stay on their toes as laws change and evolve (or devolve).

Previous articleMedical Kiwi And Puro Team Up On NZ Cannabis
Next articleSecond Life For Hemp Food Association
Gillian Jalimnson
Gillian Jalimnson is one of Hemp Gazette's staff writers and has been with us since we kicked off in 2015. Gillian sees massive potential for cannabis in areas of health, energy, building and personal care products and is intrigued by the potential for cannabidiol (CBD) as an alternative to conventional treatments. You can contact Gillian here.
RELATED ARTICLES
News