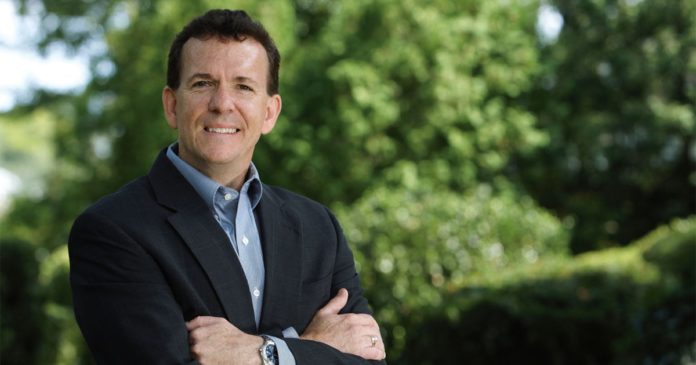 The USA’s 2018 Farm Bill made hemp legal at a federal level. It defined hemp as cannabis with a delta-9 THC (an intoxicating cannabinoid) level of less than 0.3%. Above that, and it would be considered marijuana.

But in specifying the type of THC, the wording provided a loophole – as delta-9 isn’t the only tetrahydrocannabinol. Furthermore, other types can be created through manipulating non-intoxicating cannabidiol (CBD); including Delta 8 THC.

This has given rise to many unregulated, psychoactive hemp-derived products being sold in New Jersey, and for that matter across much of the USA.

“This is the bathtub gin of the cannabis space, it impairs people, it’s a growing problem, and it’s reckless to do nothing about it,” said Senator O’Scanlon. “You can legally sell this stuff to a kid with cartoonish marketing, that’s not right and we wouldn’t stand by and allow that for any other product.”

The Senator is hoping the issue will be resolved in the 2023 Farm Bill, but he’s not counting on it. So, Senator Declan O’Scanlon yesterday introduced legislation to create a regulatory framework to address psychoactive hemp derived products being sold in his home state; stating it was time to pump the brakes before someone gets hurt.

“The New Jersey Cannabis Regulatory Commission is well versed in the subject but lacks any legal authority to do anything about the issue,” said the Senator. “This legislation would set standards and empower them to create a framework for any mind altering hemp derived product, give the state some enforcement power, and let us go after the bad actors”

On a related note, marijuana advocacy group NORML has expressed its concerns over a hemp-derived substance called THC-O acetate, also created by manipulating CBD. A recent study indicates THC-O shares structural similarities with Vitamin-E acetate; the substance behind a spate of lung disease cases a couple of years ago in vapers that resulted in more than 60 fatalities.

“NORML has long cautioned against the ingestion of these novel, unregulated products, and has called on the US Food and Drug Administration to act expeditiously to provide regulations overseeing their manufacturing and marketing,” says part of a statement by the organisation.

Previous article
Australia’s Cann Group Scores New CEO
Next article
USA FDA To Face Scrutiny Over CBD And Hemp Inaction
Terry Lassitenaz
Terry Lassitenaz writes exclusively for Hemp Gazette and has done so since the site launched in 2015. He has a special interest in the political arena relating to medical cannabis, particularly in Australia, and addressing the many myths surrounding this incredibly useful plant. You can contact Terry here.
RELATED ARTICLES
News