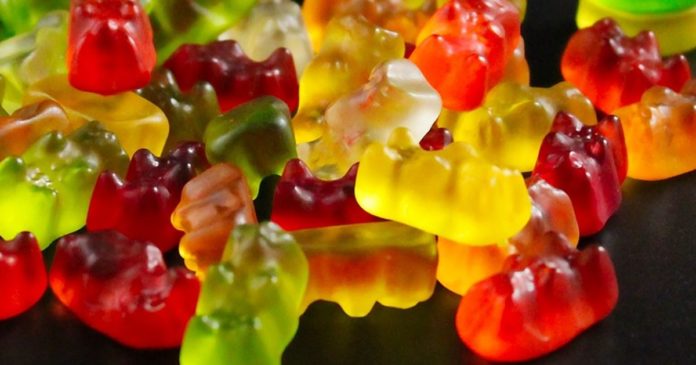 While the exact circumstances are yet to be confirmed, it appears someone thought it would be a good idea to hand out cannabis edibles to kids on Halloween when he ran out of conventional treats.

The potential for intoxicating cannabis candies winding up in children’s trick or treat bags has been flagged prior to each Halloween in recent years – and this year was no different. But unlike the past, there may be a documented case of it actually happening this time around.

The South Chicago Heights Police Department issued a media release earlier this week stating suspicious packages of gummy bears were handed over to police that are “possibly contaminated with cannabis”. The yellow gummy bears were packaged in clear shrink film over silver foil with a black panel – but didn’t feature any branding.

“A person we believe to be responsible for distributing the contaminated candy has been arrested and charged with five counts of child endangerment,” states the release.

It’s believed all packages were recovered and no children ingested the gummy bears. Samples are in the process of being tested by a crime lab.

The discovery was thanks an alert parent and grandparent suspicious of the treats. Other reporting on the topic mentions a parent became suspicious when he detected the smell of marijuana from the packets. Some outlets have mentioned the alleged offender handed out the gummy bears after running out of candy, while others have reported it was the bags that had traces of marijuana material.

In other recent related news – but not related to Halloween – the death of a child in the USA linked to a form of the intoxicating cannabinoid THC has created significant controversy. Detectives believe the child ingested a large amount of THC gummies a couple of days prior to his death. If confirmed, it would be one of the very few cannabis overdose deaths reported.

Regardless of the outcomes in either situation, they both serve as reminders of the potential dangers of cannabis edibles not being handled responsibly and highlight the problematic nature of such products in forms that could appeal to children.

Previous articleAustralia’s Ecofibre Posts Q1 2023 Results
Next articleNew Hemp Fibre Processing Facility For Virginia
Gillian Jalimnson
Gillian Jalimnson is one of Hemp Gazette's staff writers and has been with us since we kicked off in 2015. Gillian sees massive potential for cannabis in areas of health, energy, building and personal care products and is intrigued by the potential for cannabidiol (CBD) as an alternative to conventional treatments. You can contact Gillian here.
RELATED ARTICLES
News