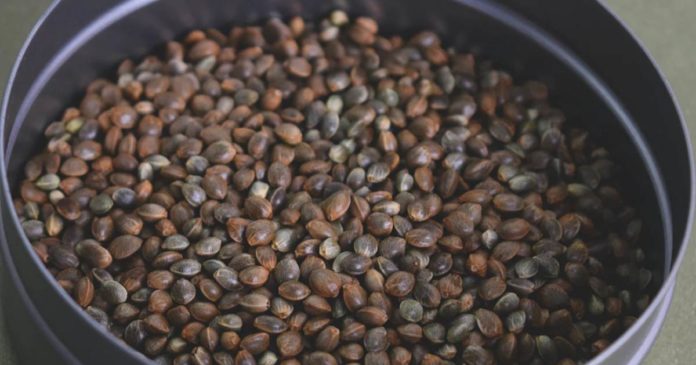 Indiana farmers have enough to worry about with the learning curve associated with growing hemp – and they’ll also need to be wary of dishonest hemp seed vendors too.

But there is an easy way to avoid being conned.

2021 will be the first year hemp is grown in the state as a commercial crop rather than just for research purposes. There’s lots of interest – and where there is interest and money involved, there will also be unscrupulous parties trying to fleece others.

According to Office of Indiana State Chemist (OISC) seed administrator Donald Robison, there are reports of  people paying for hemp seed and never seeing it. Just as disturbing are instances where what is purchased isn’t what it claims to be. This is particularly problematic if the seed produces plants that exceed maximum THC levels as it is then no longer legally considered hemp, but is instead marijuana. This can at best lead to crop destruction and at worst, criminal charges also being laid against the grower.

“We saw a situation recently where the buyer thought he was buying and growing hemp, but instead he grew a crop with 17% THC,” said Mr. Robison.

17% is around 57 times the maximum permitted THC level of 0.3% – and qualifies as potent marijuana in anyone’s books.

OISC points out any vendor selling to customers located in Indiana is required to obtain a seed permit and abide by state regulations regarding seed labeling. However, it appears it is legal to buy from non-permitted suppliers. But with this, comes few consumer protections.

Mr. Robison advises those interested in growing hemp buy only from a vendor noted on a list of permitted suppliers available on the OISC website; stating if a permitted supplier is used and something goes wrong, OISC can help protect the purchaser.

Senate Bill 516, which covered the commercial production of hemp in the state, was passed in April 2019 and signed into law by Governor Holcomb the following month. Previously, Governor Holcomb was lukewarm on the crop, but the passing of the 2018 Farm Bill that declassified hemp as a Schedule I substance and instead made it an agricultural commodity changed the Governor’s stance.