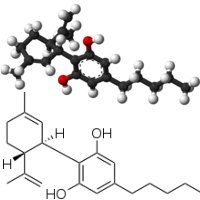 The United States Drug Enforcement Administration (DEA) has made life for cannabidiol (CBD) researchers in the USA easier; well, a little anyway.

Cannabidiol is one of the many cannabinoid compounds that can be extracted from the marijuana plant. It can represent up to 40% of the plant’s extract in medicinal cannabis strains selectively bred for the compound and up to 1% in some strains of industrial hemp. Cannabidiol is believed to be beneficial in treating conditions such as epilepsy in children and it does not induce a euphoric state, nor is it addictive.

Up until recently, researchers conducting CBD-based clinical trials needed a special registration that permits the possession of an approved amount of CBD for a specific research protocol. If a researcher expanded their research and required more CBD, then a modification would need to be made to the registration; costing precious time.

“Under these changes, a previously registered CBD clinical researcher who is granted a waiver can readily modify their protocol and continue their research seamlessly,” says a statement from the DEA

“This waiver effectively removes a step from the approval process.”

While cannabidiol oils may contain only a small amount of THC – a psychotropic compound – and have absolutely no value as recreational drugs; they care still classed as a Schedule I controlled substance in the USA because of this association. This very useful and some would say harmless compound still remains listed among highly toxic and addictive substances such as heroin, methaqualone and mescaline

According to the DEA’s classification:

“Schedule I drugs, substances, or chemicals are defined as drugs with no currently accepted medical use and a high potential for abuse. Schedule I drugs are the most dangerous drugs of all the drug schedules with potentially severe psychological or physical dependence.”

As cannabidiol satisfies none of these criteria and levels of THC are negligible, its continued presence on the list is a source of great frustration to those wishing to study it and detrimental to patients who could be benefiting from it.

Previous articleGrowing Medical Marijuana Legalized In Colombia
Next articleCannabis Credit Union Battles On
Terry Lassitenaz
Terry Lassitenaz writes exclusively for Hemp Gazette and has done so since the site launched in 2015. He has a special interest in the political arena relating to medical cannabis, particularly in Australia, and addressing the many myths surrounding this incredibly useful plant. You can contact Terry here.
RELATED ARTICLES
News