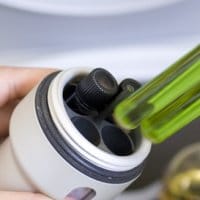 Further evidence has emerged that cannabidiol (CBD),  a compound in cannabis, can be effective in treating epilepsy in children.

The evidence was presented at the American Epilepsy Society Annual Meeting early this week.

Epidiolex, based on CBD, was administered in addition to the normal regime of anti-epileptic drugs (AEDs) taken by 261 patients enrolled in a special program. Most of the participants were children, with a median age of 11.8 years.

A median reduction in total seizures of 45% was observed across all patients after 12 weeks of treatment, and maintenance of clinical effect was present at 36 weeks.

47% of the patients involved experienced a reduction in seizures after 12 weeks treatment of more than 50%.

4% reported an adverse event leading to discontinuation of Epidiolex and 12% withdrew from the program due to lack of clinical effect.

Serious adverse events were reported in 106 patients, but only in 5% were the incidents deemed possibly related to the Epidiolex treatment.

“These data reinforce and support the safety and efficacy we have shared in previous studies. Most importantly it is providing hope to the children and their families who have been living with debilitating seizures,” said lead author Orrin Devinsky, M.D., of New York University Langone Medical Center’s Comprehensive Epilepsy Center.

6.3 per 1000 children are diagnosed with epilepsy and specialists estimate up to 20% of these cases show some degree of drug-resistance – so the potential for benefit through the use of CBD is huge.

Cannabidiol is one of dozens of active cannabinoids identified in cannabis. It constitutes up to 40% of the plant’s extract in medicinal cannabis strains and up to 1% in some strains of industrial hemp.

Cannabidiol does not induce a “high”.

In related news, in the Australian state of Victoria, the government yesterday introduced legislation into Parliament that will enable access to medicinal cannabis in exceptional circumstances. Among the first expected to benefit are children with epilepsy.