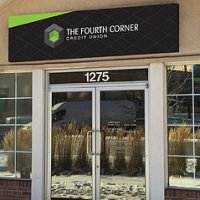 The world’s first credit union created to serve the cannabis and hemp industries is still yet to open its doors due to complex legal issues.

The Fourth Corner Credit Union was chartered by the State of Colorado Division of Financial Services on November 19, 2014, the first such charter issued in the state for a decade.

TFCCU would fill a much needed gap in the cannabis industry, with many operators currently unable to open a bank account. This has led to some “cannabusinesses” having piles of money now under lock and key; protected by armed guards.

While there’s certainly a need and demand for services such as Fourth Corner Credit Union, an earlier decision by the U.S. Federal Reserve Bank of Kansas City is keeping TFCCU  from accessing the nation’s financial system; resulting in the credit union being unable to take deposits and carry out other critical functions.

In July this year not only was the credit union’s application for a Master account with the Federal Reserve Bank of Kansas City denied, so too was its application with the National Credit Union Administration ( NCUA) for deposit insurance. This occurred in spite of the TFCCU having dotted its i’s and crossed its t’s in terms of compliance.

Federal institutions are somewhat understandably nervous about dealing with the cannabis and hemp sector.

The U.S. federal government still retains regulatory control over state-chartered financial institutions and while medicinal cannabis and industrial hemp businesses in some states may be operating fully legally; marijuana is generally illegal under federal law – creating a terribly complex legal situation and a potentially unsafe one for operators.

While guidance from the United States Treasury Department was meant to assist banks in allowing banking services to be provided to such businesses, it appears to have made matters worse.

Fourth Corner Credit Union’s lawyer went before a federal judge on Monday to challenge the Reserve Bank’s decision. While U.S. District Judge R. Brooke Jackson was sympathetic towards the credit union and the industry’s plight; he said his role was not to decide issues of fairness or policy, but to enforce and apply the law.

He is yet to hand down his decision in the case.

TFCCU has also filed a lawsuit against the NCUA.

Colorado’s Governor, John Hickenlooper, has previously lent his support to the introduction of banking services for the state’s cannabis sector and expressed his concerns about the industry relying on cash-only; fearing that it would lead to corruption.