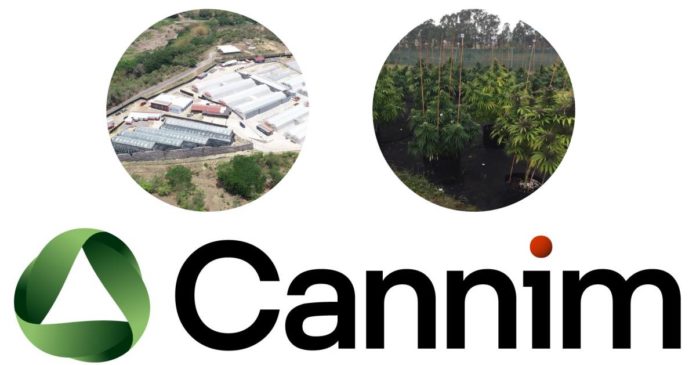 Australia’s Cannim says it has completed the first ever legal export of Jamaican cannabis flower to Germany. Huh?

While based in Sydney, Cannim has invested in farms, EU-GMP (Good Manufacturing Practice)-compliant production facilities and research programs in Australia ..and Jamaica.

Its 500 acre facility in Jamaica operates a mix of greenhouses, hoop houses and outdoor grow area with the capacity to generate over 1 tonne of flower per month. The farm also has a processing license and is GMP certified by the Jamaican Ministry of Health and Wellness.

“Germany represents a huge opportunity for Cannim, and our ability to cultivate high quality, medical grade Jamaican cannabis that meets the strict standards of the German Pharmacopoeia is testament to the professionalism of our teams in Jamaica and Australia,” said Cannim’s Chief Commercial Officer Stuart Marsh.

Mr. Marsh applauded the level of support the company received from the Jamaican government in helping to make the export happen.

“In particular, we’d like to acknowledge the Government’s and CLA’s willingness to expedite the improvement of interim regulations and timely processes to drive Jamaica’s ability to effectively compete on the world stage.”

Jamaica’s Minister of Industry, Investment and Commerce, Audley Shaw, was enthusiastic about the achievement.

“Jamaica has long had a rich history with cannabis and we are proud to have been able to support the industry and Cannim in achieving this pioneering export to Germany,” Mr Shaw said. “We are excited to finally be able to start satisfying global demand for the finest Jamaican-grown medicinal cannabis products.”

Minister Shaw has been a driving force in moving Jamaica’s cannabis industry forward – 5 years ago he said the country needed to develop a medical cannabis sector with a sense of urgency.

There isn’t much further detail in the release regarding the quantities involved or ongoing arrangements, only that this shipment was high-THC cannabis and there are “significant quantities” of the product ready to be released into Germany over the coming months. Cannim’s web site notes the Jamaican facility has a focus on 20%+ THC Indica and Sativa.

As for Cannim’s operations in Australia, it has a 500 acre farm in Queensland that operates under cultivation, manufacturing, research, import and export licences granted by the Australian Office of Drug Control.

In addition to medicinal cannabis and cosmeceuticals, the company also dabbles in brewing through its brand Hemp Beer Co. Its first tipple is Lemon Kush Pale Ale, which is made from sorghum and hemp and produced in Australia.

Previous articleHelping Hand For US Organic Hemp Producers
Next articleNorth Carolina Medical Marijuana Bill Moving Along
Terry Lassitenaz
Terry Lassitenaz writes exclusively for Hemp Gazette and has done so since the site launched in 2015. He has a special interest in the political arena relating to medical cannabis, particularly in Australia, and addressing the many myths surrounding this incredibly useful plant. You can contact Terry here.
RELATED ARTICLES
News