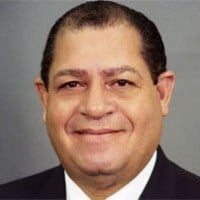 Jamaica’s Finance and Planning Minister, Audley Shaw, has pleaded the case for the country developing a significant industrial hemp and medical marijuana industry – and soon.

During a recent budget debate, Minister Shaw said the country needed to develop a medical cannabis sector with a sense of urgency.

Cannabis was banned in Jamaica under the 1913 Ganja Law; but last year, Jamaica’s legislature voted to amend the laws. While mostly related to possession and small amounts for personal use, the amendments also opened the possibility of a licensing authority to deal with cultivation and distribution of medical marijuana.

Minister Shaw wants to see what he called a negative for Jamaica be transformed into a major asset creating wealth for the Caribbean nation; which experiences ongoing low economic growth and high unemployment.

During his speech, the Minister communicated some statistics about the huge revenue opportunities in other countries such as the USA that are already being seized.

” This is about building an industry of value- added products. This is about doing research at our universities to create medicines which can help people dealing with major illnesses such as diabetes, epilepsy, pain and many
others,” he said.

” One simple breakthrough in any of these areas will contribute billions of dollars to our economy. This is about turning wasted land into growing hemp products which contain no psychoactive properties (THC) and can be used for food, textiles, building materials and many other uses.”

Minister Shaw said he already begun to ” lay the foundation” to prepare farmers in his constituency to set up extraction facilities to process cannabis and manufacture related products; rather than just export raw materials.

“Jamaica cannot afford to miss this boat. Where there is no vision, the people perish so we must change our mindset and get ready for success.”

The Minister appears to be quite passionate about the topic and not just trying to score points with marijuana supporters. His grand vision sees Jamaica as the “medical tourism capital” of the world.

“Yes, people will come to Jamaica and truly feel alright,” he said; paraphrasing a slogan from a tourist campaign (which was borrowed from a song by one of the nation’s best known exports – Bob Marley).