HomeNewsCannabis Trial For Canadian Kids With Epilepsy To Commence Soon

Cannabis Trial For Canadian Kids With Epilepsy To Commence Soon 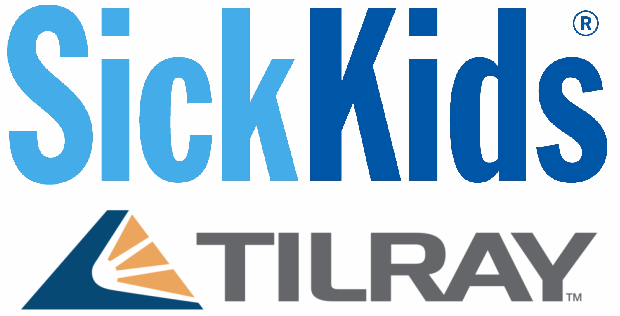 It may not be all that long before the “not enough research” excuse can’t be used in relation to treating children with epilepsy using cannabis medicines.

Most recently, medical cannabis company Tilray has announced it will be supporting a  Phase II clinical trial  at The Hospital for Sick Children in Toronto (SickKids).

The trial will involve  20 children with  Dravet Syndrome, previously known as severe myoclonic epilepsy of infancy (SMEI); a condition that involves frequent seizures that worsen over time and developmental delays.

According to the Dravet Syndrome Foundation, patients with the syndrome face a 15-20% mortality rate due to SUDEP (Sudden Unexplained Death in Epilepsy)

The extract that Tilray will be providing for the trial contains the cannabinoids cannabidiol (CBD) and tetrahyrocannabinol (THC).

“If it is found that a certain CBD/THC combination is well-tolerated and safe, and we can begin to understand dosing parameters, further research can be conducted to examine the efficacy of this combination drug in treating seizures to help physicians and families manage their child’s condition properly and safely,” said Dr. Catherine Jacobson, Director of Clinical Research at Tilray.

Earlier this year, a UK pharmaceutical company announced positive results from the first Phase 3 study of its cannabidiol based medication for the treatment of Dravet Syndrome.

Epilepsy is an area of special focus in the nascent medical cannabis industry, with various trials under way or about to start soon.

In August, researchers at the  University of Sydney’s Lambert Initiative announced a new program called PELICAN that will interview parents and analyse various extracts already being used in the community for treating various paediatric epilepsy conditions.

According to Tilray, the Hospital for Sick Children in Toronto trial will commence early next year.

Closer to home, the firm is also making its presence felt in New Zealand and Australia.

Recently, New Zealand Government’s approved an application for a non-registered cannabis-based product developed by the company.

Tilray also has a partnership in Australia with the New South Wales Government, the University of Sydney and Chris O`Brien Lifehouse; relating to the development of a medical cannabis treatment for chemotherapy-induced nausea and vomiting (CINV).