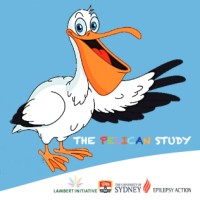 Researchers at the  University of Sydney’s Lambert Initiative  have announced a new study relating to the treatment of children with severe epilepsy with cannabis based medications.

The program, PELICAN (Paediatric Epilepsy Lambert Initiative Cannabinoid Analysis) is being carried out in partnership with Epilepsy Action Australia.

The study will consist of interviews with parents and analysis of various extracts already being used in the community for medicinal purposes.

“This has with the potential to help uncover new and more effective medications for treatment of childhood epilepsy,” said research associate and trial coordinator Anastasia Suraev

Professor of Psychopharmacology Iain McGregor, an international leader in cannabinoid research, is eager to unravel the secrets of cannabis medicines.

“Cannabinoids appear to be providing extraordinary therapeutic effects in some children with paediatric epilepsy, but we lack a clear understanding of how they are achieving this,” Professor McGregor said.

“Through the PELICAN study, we will gain a better understanding of the cannabinoid components that provide these therapeutic effects, potentially leading to new medicines that could prove extremely effective.”

PELICAN is taking somewhat of a reverse approach. Usually pharmaceutical companies develop products that are then released to the community; but this study seeks to leverage the experience of the community in developing beneficial medicines.

The Lambert Initiative is now calling for parents of children with epilepsy to get involved – whether they have used cannabis in treating their child or not.

For those currently using cannabis products, the team will provide feedback to parents if requested on the cannabinoid content of the samples provided.

Further information on the Pelican Study, including contacts can be viewed here (PDF).

The Lambert Initiative for Cannabinoid Therapeutics aims to to optimise and introduce safe and effective cannabinoid therapeutics into mainstream medicine in Australia and also beyond our shores. The Initiative has a focus on assessing and developing cannabinoid-based treatments for paediatric epilepsy, cancer, chronic pain, obesity and anorexia, addictions, various mental illnesses and dementia.

Among its activities, the Lambert Initiative is also currently a running a consumer survey of medicinal cannabis in Australia. The survey is directed towards Australians who have used cannabis for therapeutic purposes within the last 12 months.

Previous articleUS Feds Banned From Prosecuting Medical Cannabis Cases
Next articleMother Sues State Over Lack Of Marijuana Medicine
Gillian Jalimnson
Gillian Jalimnson is one of Hemp Gazette's staff writers and has been with us since we kicked off in 2015. Gillian sees massive potential for cannabis in areas of health, energy, building and personal care products and is intrigued by the potential for cannabidiol (CBD) as an alternative to conventional treatments. You can contact Gillian here.
RELATED ARTICLES
News