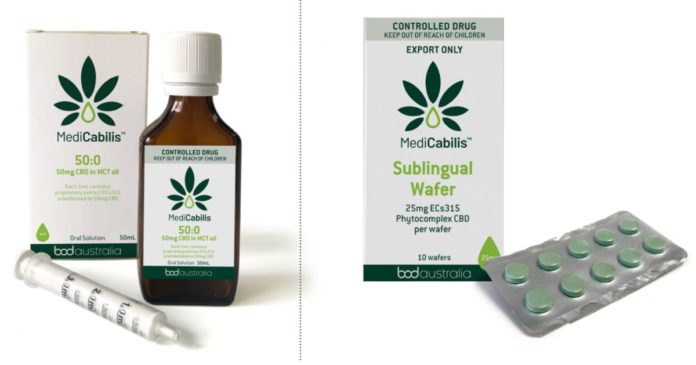 Bod and UniSA’s School of Pharmacy and Medical Sciences’ research will assist in ongoing product development and provide information for clinical practice and future research.

“This collaboration will not only provide Bod with a strong foundation for future research and trial initiatives, but also allows for a cost effective approach to R&D which simultaneously bolsters confidence and visibility for our product with approved prescribers,” said Bod Australia CEO Jo Patterson.

Bod says the outcomes of the collaboration will  help clinicians and approved prescribers in gaining a better understanding of MediCabilis, enabling greater acceptance among physicians.

Medicabilis is not a TGA-listed or registered medicine, but is available for clinical trial use and for patients via the TGA Approved Prescriber (AP) and Special Access Schemes (SAS).

Up until the end of October this year, 1,713 MedicCabilis prescriptions had been dispensed and according to Bod Australia, it is now being used to now treat approximately 17 different conditions. Bod said it expected prescriptions to increase as more clinics open across Australia.

Last month, Bod said it will be participating in Europe’s largest medical cannabis project – Project Twenty21, and is aiming to treat a minimum of 1,000 patients with MediCabilis. Five companies were invited to participate in Project Twenty21, which will follow 20,000 patients suffering from a range of conditions including chronic pain, Multiple Sclerosis and anxiety disorders.

In addition to its medical cannabis ventures, Bod Australia is a developer, distributor and marketer of other plant-based health and skincare products.

Previous articleLamberts Land Honorary Fellowships For Cannabis Contribution
Next articleWest Virginia (Very Slowly) Getting Ready For Medical Cannabis
Terry Lassitenaz
Terry Lassitenaz writes exclusively for Hemp Gazette and has done so since the site launched in 2015. He has a special interest in the political arena relating to medical cannabis, particularly in Australia, and addressing the many myths surrounding this incredibly useful plant. You can contact Terry here.
RELATED ARTICLES
News