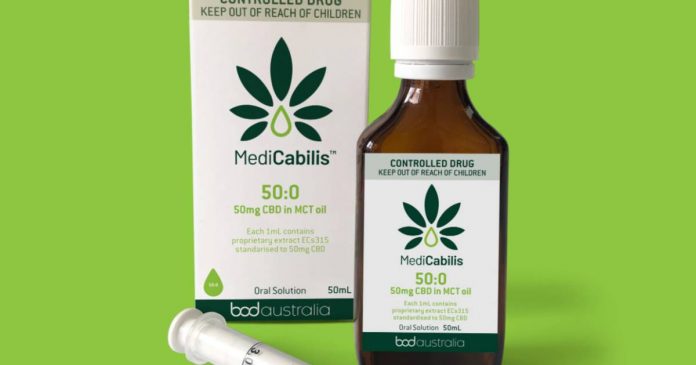 The extract, MediCabilis 5% CBD, will be tested in a 12 month trial facilitated by Australia’s Cannabis Access Clinics, which will manage screening to recruitment processes.  Another firm, Applied Cannabis Research, will be assisting in data collection and patient management.

“…we have first hand experience treating symptoms of PTSD and seeing the positive effects that medicinal cannabis can have on patient outcomes,” said Cannabis Access Clinics’ Medical Director Dr Nijhawan.

While a little light on details, it seems the trial will help build on existing evidence, and support further research and clinical application for medical cannabis products.

There will be a catch for participants though, and a pretty big one. According to Bod, participants will need to purchase the MediCabilis on prescription – and it’s not cheap, priced at $491.00 for a 50ml bottle. It’s now available from a number of outlets, including pharmacy giant Chemist Warehouse through a distribution deal announced in November last year.

Bod Australia sees the trial as as a bit of a money-spinner.

“We look forward to progressing this trial as it has the potential to significantly strengthen our revenue stream, as well as further validate our product suite,” said Bod Australia CEO Jo Patterson.

PTSD can be a very serious condition sparked by a single or series of traumatic events. Some of its symptoms include flashbacks, hyper-vigilance, avoidance and feeling emotionally numb. This can lead on to isolation, depression, substance abuse, violent episodes or suicide. It’s a particularly prevalent condition among military and emergency services personnel, but can occur in anyone.

While many may experience some PTSD-type symptoms in the first couple of weeks after a traumatic event, usually they self-recover with some support. For others, it can be a chronic and debilitating condition. According to Beyond Blue, around 12 per cent of Australians will experience PTSD in their lifetime.