Another Prod For Kentucky Lawmakers On Medical Marijuana 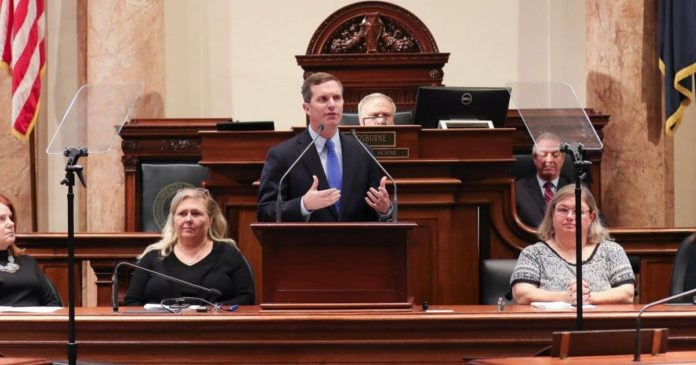 A quick summary of the situation to date:

The issue has been a strong focus for the Governor, who became tired of delays on legislation providing suitable medicinal cannabis access to Kentuckians. Back in April last year, he announced the Office of Legal Services would look into the potential for executive action.

This wasn’t just a token gesture. Not long after, a Medical Cannabis Advisory Committee was formed to provide a forum for Kentucky residents to express their opinions on the issue. And they certainly did. As at mid-August 2022, more than 3,500 comments had been received and of those, just 48 were in opposition.

Then in October, he reiterated his commitment to executive action if at all possible. And it was.

In November, Governor Beshear signed an executive order that would allow Kentuckians with certain medical conditions to possess and use small amounts of medical cannabis. The executive order came into effect on January 1 this year. While the Governor acknowledged the order was imperfect, he hoped it would exert pressure on the legislature.

The General Assembly received another reminder last week in the Governor’s State of the Commonwealth speech. He stated:

“Treating people right also dictates that in this session, this General Assembly finally legalize medical cannabis. Far too many Kentuckians are suffering from life-threatening and chronic conditions, like our veterans with PTSD, or Kentuckians with cancer.”

This and the Governor’s other related comments were well received by marijuana advocacy group Kentucky NORML.

“He assured us during last week’s meeting that he was behind this issue 100% and he proved that today with his declaration at the closing of his State of the Commonwealth speech tonight,” said Lauren Bratcher, Deputy Director of Kentucky NORML.

Moms For Medical Cannabis were likewise buoyed by the speech.

“Governor Beshear has delivered on his campaign promise to help suffering Kentucky patients, time and time again,” said co-founder Kristin Wilcox. “The governor has been instrumental in this movement, leading by example, with true engagement and compassion for his fellow Kentuckians. Not only are we grateful, we are inspired.”

Previous article
Iowa Medical Cannabis Sales Reached $10 Million In 2022
Next article
Cannabis Use Among US Chronic Pain Patients
Terry Lassitenaz
Terry Lassitenaz writes exclusively for Hemp Gazette and has done so since the site launched in 2015. He has a special interest in the political arena relating to medical cannabis, particularly in Australia, and addressing the many myths surrounding this incredibly useful plant. You can contact Terry here.
RELATED ARTICLES
News